DAVAO CITY, Philippines — Sitting at the boundaries of Davao City and the provinces of Davao del Sur and Cotabato is the country’s 13th highest peak, the Mt. Talomo.

Specified as a major climb with a Trail Difficulty Level of 7/9, Class 2 to 5, and considered as the second toughest climb in Mindanao next to the White Peak or Mt. Pandadagsaan in Andap village, New Bataan, Compostela Valley province, Mt. Talomo has become an incipient climbing destination in the country.

The village of Mt. Sicao

Hiking for about an hour from the jump off area at Purok 6, Tamayong village in Calinan District, mountaineers can reach the village Mt. Sicao where about 400 Bagobo inhabitants live. 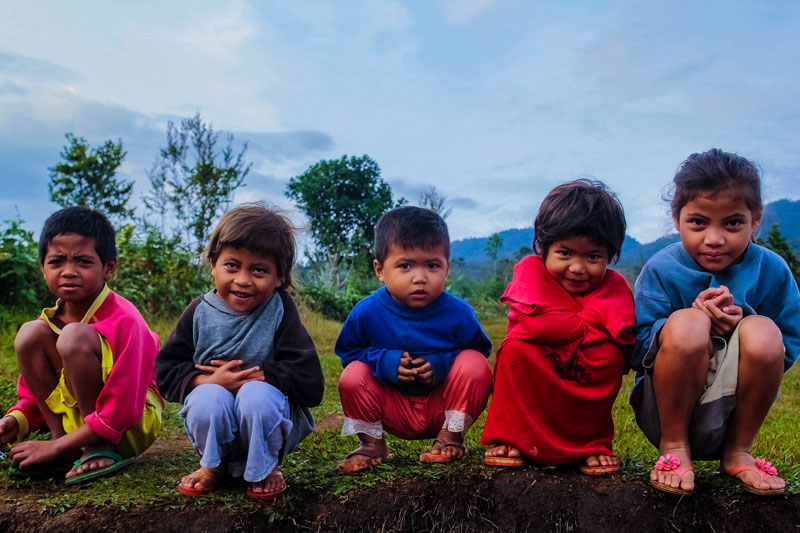 The village was named after the tribe’s ancestors with their reigning tribal chieftains, Datu Jun Sicao and his brother Apo Sicao.  The tribe folks consider the hinterlands of Mt. Talomo as their ancestral domain and their sacred ground where their spiritual and cultural way of life have been founded.

Because Mt. Talomo is a closed trail, the tribal chieftain’s permission prior to the climb is a must.

A registration fee of PHP 100 per mountaineer is collected.  Since the first summit to Mt. Talomo by some Lumad mountaineers way back in 2000, the villages of Mt. Sicao and the adjacent Utan village benefited from the collection fees which they used to build a mini-stage for the community and a basketball court, among others.

An elementary school which is run by the Seventh Day Adventist church is conspicuous.

However, they have no health center.  Datu Jun said medical missions are conducted every last week of the month by some volunteer nurses and doctors from the city.  But he said the services are only limited to children’s feeding program and deworming.

A few of the villagers here still practice the traditional ritual and worship to their god “Manama,” just like Datu Sicao.

This village is the last retreat community for mountaineers before they trek the extensive trails of the forests.

The assault to the summit would take a nine-hour trek from the village of Mt. Sicao.  Hikers would have to go through the very tough and complicated ascent in a frequently steep track.

One would have to brave through the slippery logs, grip at the roots and branches as he or she sidles the unwelcoming forest trail.

The weather is very unpredictable.  Most of the time, dark clouds and thick fogs dim the whole forest and a regular light drizzle drenches the trail, making it even harder to surpass.

There is an unnamed waterfall which is the only source of good water during a half day’s trek.  Usually, this is where mountaineers take their lunch. Amidst the seemingly perpetual onslaught of the biting low temperature due to the rain, fog, and high altitude; and after several hours of physically taxing and disheartening negotiation with the mountain’s retribution, the summit rewards you with beautiful scenery.

If the weather’s good, one would witness the magnificent sunrise while seeing the grand and mighty Mt. Apo from afar. If the trail going up has not been that welcoming, the trail coming down is not giving you a kind option.  The chase downhill is unforgivable as it literally drags you either to stumble or fall, or worse both.  Hikers’ knees would wobble in surrender to the rapid pull downward, an ironic token for any intrepid hikers who dreamed to conquer an extraordinary mountain like Mt. Talomo.

A group of freelance and experienced mountaineers founded in September 2012, the We Observe We Obtain Knowledge (Wowok) Mountaineers, adopted a clean-up drive as they campaigned for the mountain’s conservation.

Even the highest ground is not safe from the people’s, especially hikers’, irresponsibility.  This was evident with the portion of the summit depressingly piled up with garbage. 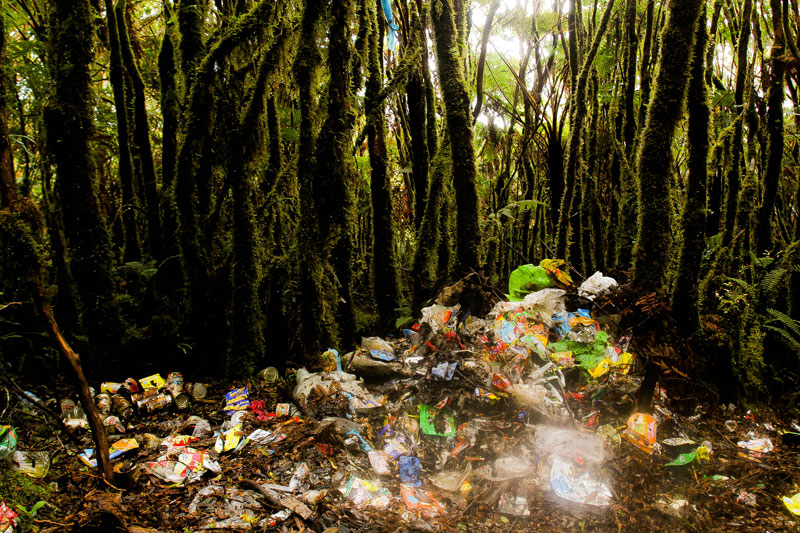 This has been Wowok’s second friendship and clean-up drive as they continued to advocate for the protection and preservation of the mountain’s ecology.

“Steadfast to our advocacy, we are encouraging and teaching mountaineers to practice responsible mountaineering, and on their own right contribute to the preservation of the environment especially the highlands that are also highly prone to abuse,” said Alex Andico, the group’s representative in an interview by davaotoday.com.

Indeed, a mediocre climb could turn into a meaningful and an exceptional experience.  Beyond Wowok’s cause is their generosity to the villagers of Mt. Sicao where they distributed school supplies to the children through their members’ individual contribution of PHP 50. With the smiles on the villagers’ faces, especially those children, and the exchanges of mutual appreciation from the mountaineers; the hardships of conquering Mt. Talomo were all worth it.  (Rawi June Amaga-Morandante/davaotoday.com)