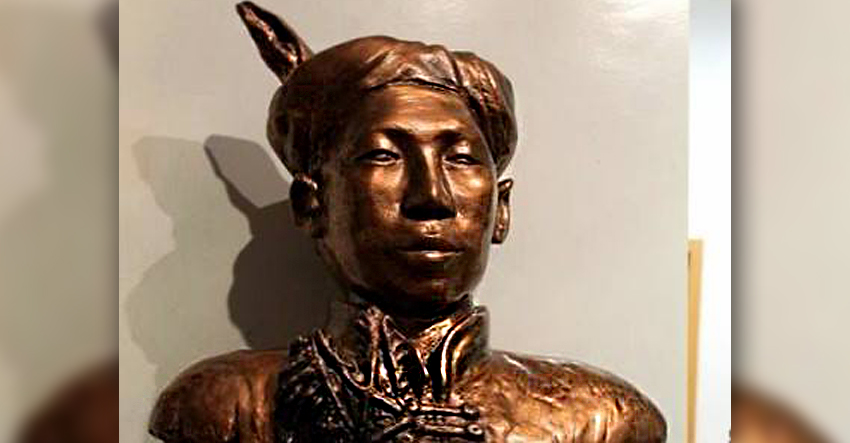 The ordinance was passed on third and final reading with Councilor Bonifacio Militar as lone objector.

The ordinance recognized Datu Bago as a “paramount warrior” or called as a “Bawwangin” by the local tribes who “fought long and hard in keeping Davao Gulf free from foreign control.”

“Davao was the last unoccupied territory in the Philippines and Datu Bago heroically defended it against the Spaniards,” the ordinance read.

In 1845, Moro warriors attacked a trading vessel called San Rufo, took the cargo, and killed the traders and crew, which provoked the anger of Don Jose Oyanguren y Cruz. Oyanguren was the Basque conqueror who came and set Spanish rule in the Davao province.

“It was this incident that brought Datu Bago into the pages of local history books,” said Gaspar.

“He [Datu Bago] and his fellow baganis,” Gaspar added, “resisted the entry of the colonizers, thus making Datu Bago one of the first local heroes to oppose colonial rule, but of course, long before he – very much like Lapulapu and other indigenous warriors – would have imbibed an anti-colonial perspective in contemporary terms.”

Section 3 of the ordinance states that a day shall be set for its annual commemoration to be determined by the Office of the City Mayor in coordination with the Davao Historical Society.

The ordinance also requires all public and private schools in the city to include in its curriculum a discussion on the life of Datu Bago as fitting tribute to the local hero.

A monument of Datu Bago will be built at a site most suitable to honor him in order for Davaoeños, especially the youth to regard the Moro leader with respect and to remember his heroism.

The local government of Davao named the highest honor given to its constituents after Datu Bago. The Datu Bago Award is given to Davaoeños who have contributed to the development and growth of the city.

A total of 168 individuals have been given the award since 1969. (davaotoday.com)