Musikademy to stage a musical concert in Davao 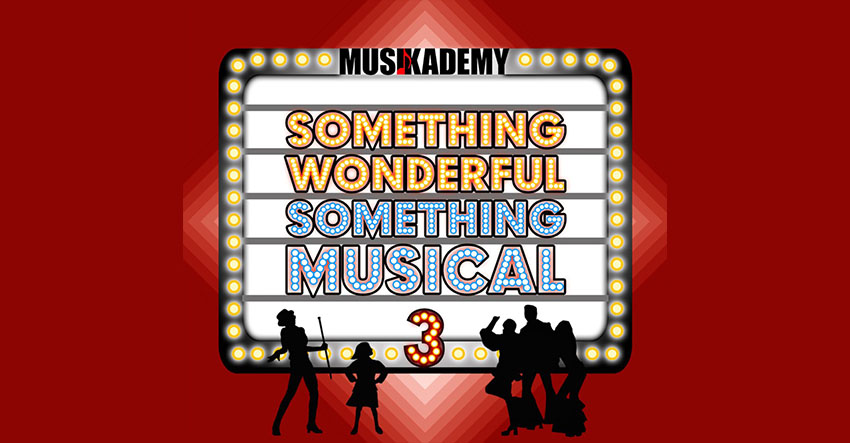 DAVAO CITY, Philippines — The Musikademy, a Davao-based music academy announced that it would hold a musical concert dubbed as “Something Wonderful, Something Musical” that will feature young, talented and local performers.

Aviola said that almost 50 participants aged from 7 years old to 56 years old will perform during the series concert.

He added that Dabawenyo pianist named Michael Richard Lopez who is now based in Hong Kong will be here to lead the accompanying instrumental ensemble while homegrown actors and actresses Michael Ebro Dakudao, Rina Baluyut-Angeles, and Fonzi Marquez will lead the performers on the Musikademy’s music group, the M6 teens, Rednot kids, and the himig singers.

“The concert is live entertainment that people of all ages and persuasions can enjoy. The three musicals whose songs will be featured have all been performed anew on the international stage, both on Broadway and West End, to popular and critical acclaim. Testament, indeed, to the universality of their message and the timeless character of fine music,” he said.

Ms. Cecille Hidalgo of Musikademy said audience will expect live singing along with a live band during the concert.

“Since in Broadway, we have dancing and acting all together, performers will do a lot of dance, so it will be live and something we can all be proud of,” she said.

Aviola said the show is directed by Hidalgo assisted by Marquez and choreographed by Edison “Bimbo” Morales.

During the concert, Aviola said there will be two shows, a matinee show that will start at 3:00 p.m and a gala show at 7:30 p.m on April 1 and 2 at SM Lanang Premiere Cinema 6.