The mayor also clarified news about a bomb suspect caught in a mall Saturday, saying it was a case of mistaken identity.

Still, the mayor pitched a call to the government to make serious strides in its peace talks.

In Sunday’s festivity, security was tight just as it was on Saturdays’ Indak-Indak sa Kadalanan (Street Dance), as parade watchers were kept off with San Pedro Street with grills, and people wearing backpacks were checked by police. 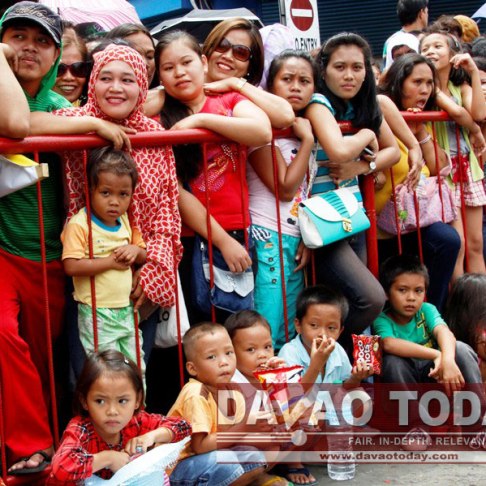 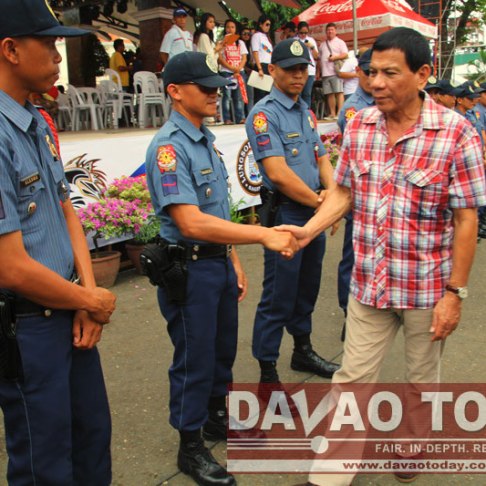 But revelry was still in the air, or in the colorful 64 floats prepared by business establishments, organizations and schools paraded on the streets. The number of entries for this year’s Pamulak Float Parade for the culmination of the Kadayawan 2013 was down from last year’s 89 entries.

The designs and props showed Davao products and heritage such as the durian, orchids and the Philippine eagle.

As in the past, floats bearing celebrities brought screams from onlookers.