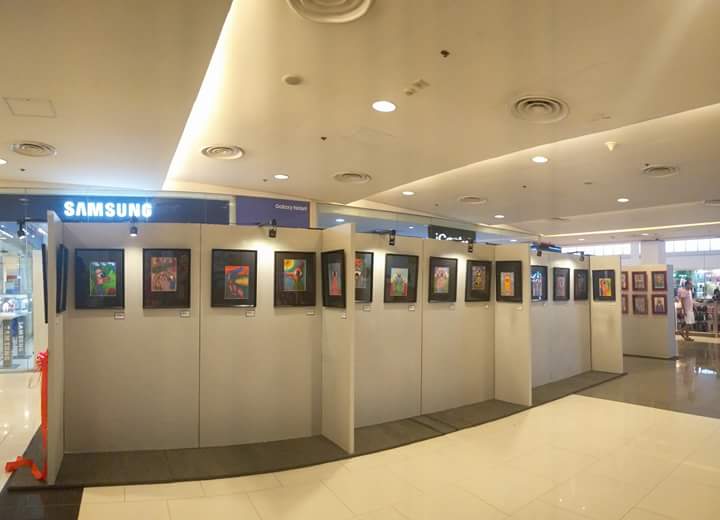 DAVAO CITY, Philippines – His first artwork as a child was drawing cartoon figures using a ballpoint pen. As handy as it is economical, ballpen has been his frequent medium in his nearly forty-year career as a Davao artist. In his comeback into Davao’s art scene after 14 years, JC Gonzales goes back to these first passions.

These works are on display; 46 artworks of surreal images in multi-colored pen and ink (except for four in acrylic), in an exhibit he calls “War N’ Freaks: An Outsider Art Exhibit” is on Abreeza Mall i-Center 3rd Floor from August 25 to September 2. 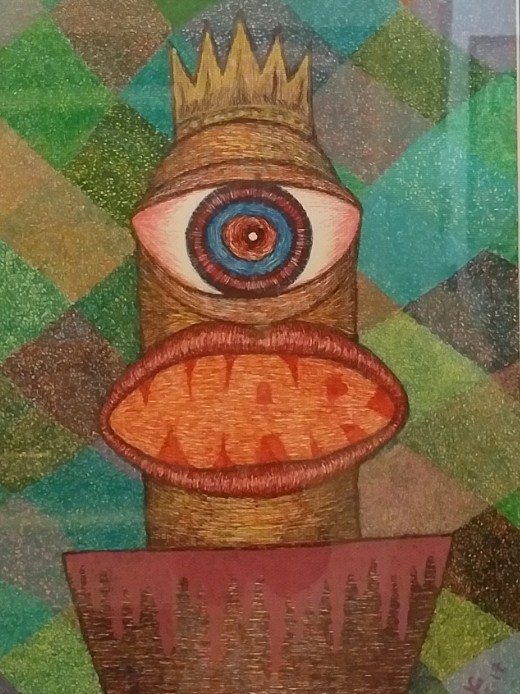 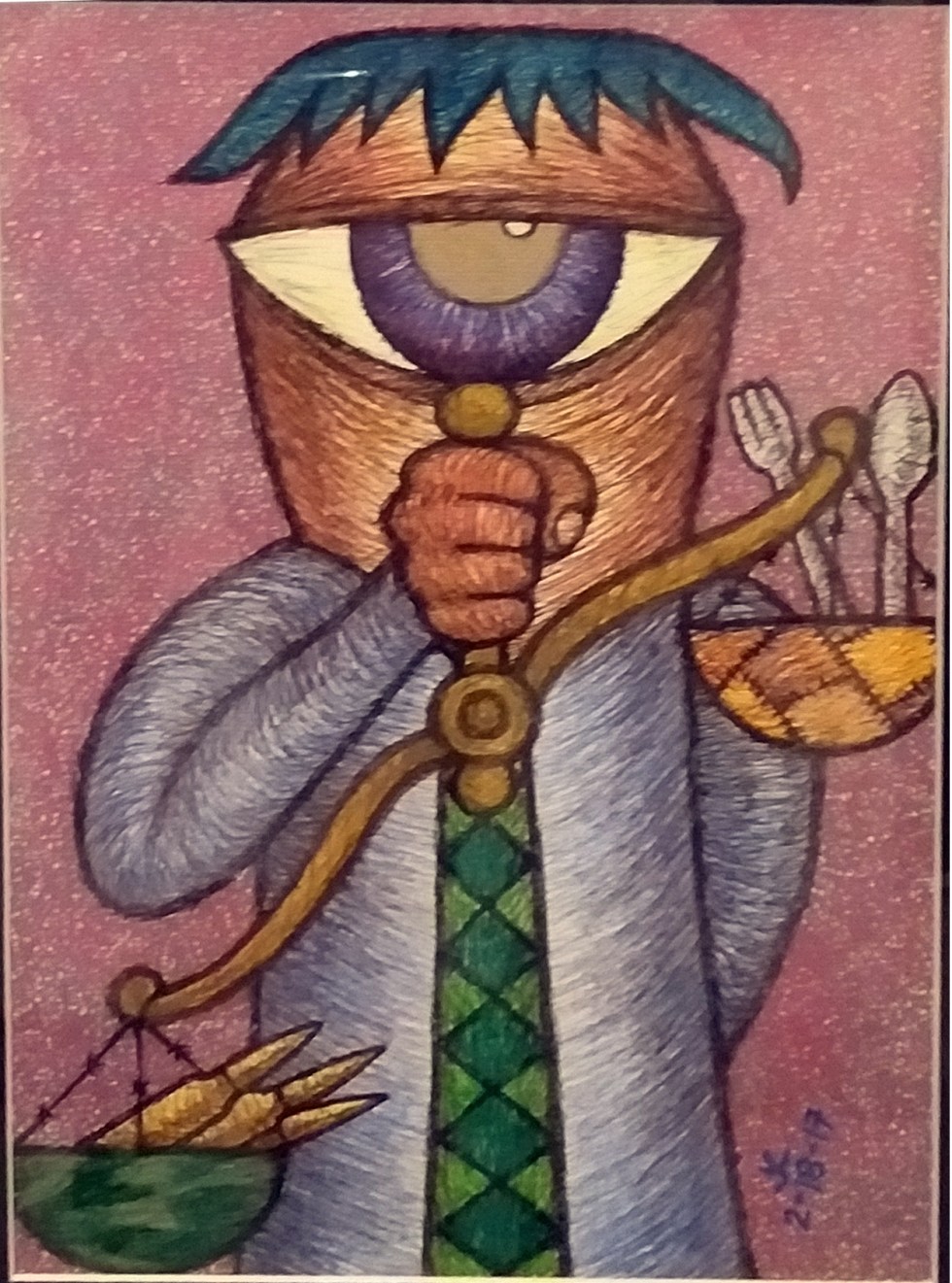 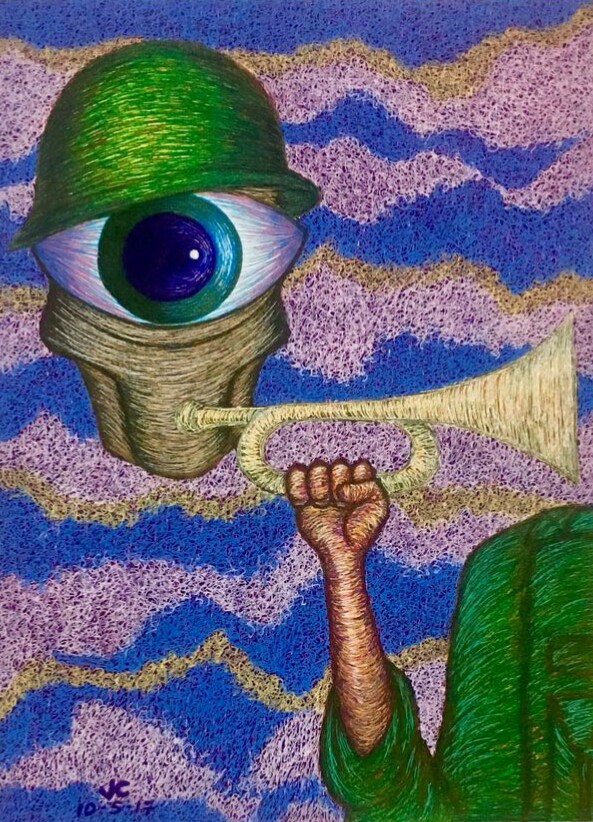 Gonzales’ new work features one consistent element: that all characters have one big eye. It can either look ominous like the one-eyed Sauron, or sympathetic like a Minion. The characters, quirky and dark, seem to come straight from a Cartoon Network episode, and Gonzales surrounds them in a colorful background in his unique ballpen strokes and layers.

All characters are caricature representations, the figures could either be holding symbols of power (guns, bullets, microphone, the signature clenched fist) or be wrapped in symbols of repression (barbed wires, chains, bandaged limbs, punctured bellies or ravaged houses). There are numerous images referencing to the strongman image of the President, or to soldiers and fake news peddlers in government.

Such symbols are explicit in social commentary, and the cartoonish feel of the paintings shows the artists’ take on the events and opinions that are dividing our nation.

The exhibit’s title also speaks of his take on the nation. His title speaks of a punkish mood of rebellion, and as an “outsider” having been absent from the art world, and from social media (he has no Facebook account) yet observing what has been going on.

“War is a never-ending issue, it is a standard in history that war must come before peace,” he said during the opening of his exhibit.

And such wars need to be reflected in art. His is a piercing critique of the government’s warhawks and its provocateurs both online and in the community that blinds us from the plight of the poor.

Gonzales’ one-eyed characters invite you to look closely at how this state of the nation can be absurd and alarming.

Gonzales’ exhibit opens on August 25 and runs to September 1 at Abreeza Mall of Davao i-Center, and will repeat in Lakbay Diwa’s month-long exhibit on Museo Dabawenyo from September 3 to 30.(davaotoday.com)