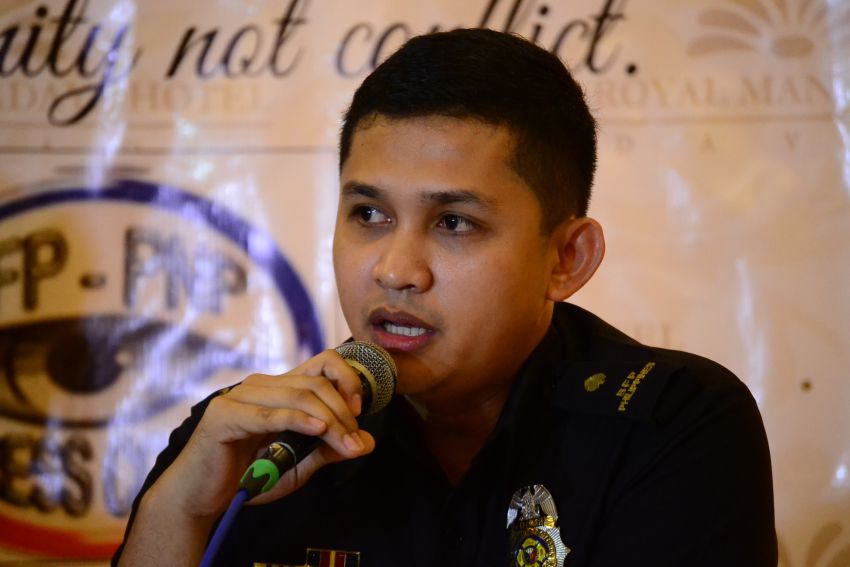 BLACKLIST. Davao City Fire Marshal Fire Inspector Christian Cena says they have recommended ten percent of the business establishments in the city to be on the blacklist of the Business Bureau for failing to comply with the fire safety requirements. Cena said in a press briefing on Wednesday, July 19, that once blacklisted, business owners can no longer process renewal of business permits unless they construct another building or move to another location.(Robby Joy D. Salveron/davaotoday.com)

DAVAO CITY, Philippines –The Bureau of Fire Protection (BFP) has recommended for blacklisting ten percent of the b
usinesses in the city for failing to comply with the fire safety requirements.

City Fire Marshal Fire Inspector, Christian Cena said in a press briefing on Wednesday, July 19, that the business establishments were already given notices of violation and correction during the inspection conducted this year.

“Pag blacklisted sila ibig sabihin they cannot renew their business anymore so they have to find another way para maregister yung business nila for the next coming year,” Cena said.

Cena cited most of the business buildings to be on the blacklist were located along the Chinatown in Uyanguren, Ramon Magsaysay Ave. here.

“We have forwarded the business names to Business Bureau so that they will be on blacklist that by next year, they cannot renew their establishment unless they construct another one or they find another place for operation,” Cena said.

Cena said currently, they have already inspected 60 percent of the 39,150 total of establishments here in the city.

Of the 60 percent, 40 percent of it were issued with fire certificate while the rest were given notices such as notice to comply, notice to correct violation and the like.

“We are targeting that by the end of September, we are done with the inspection,” Cena said.

Cena added that with the partnership of the BFP and the Business Bureau, future conflagrations are prevented.

Based on the BFP record, fire incidents recorded from January to June this year decreased to a total of 172 incidents with an estimated damage cost of P619,251,995 as compared to 2016 where fire incidents reached up to 331.

From July 1 to July 18, some 15 incidents were reported, eight of which were residential with an estimated damage cost of P3,397,000. Cena said major cause of fire incidents are usually electrical problems.(davaotoday.com)