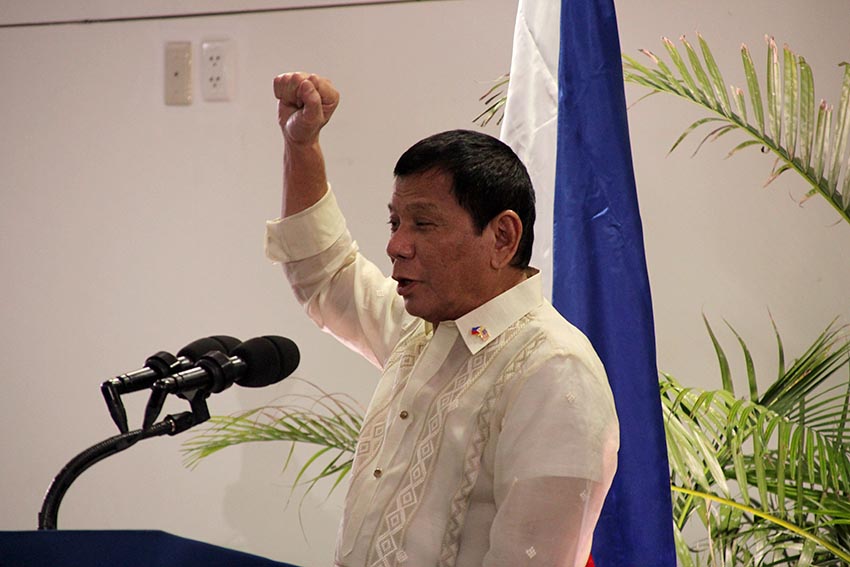 DAVAO CITY, Philippines — President Rodrigo Duterte urged the public to be more active in community and national issues as his message for the 153rd  birth anniversary of national hero, Andres Bonifacio.

This as militant lawmakers hailed the workers’ hero as a “true hero.”

Duterte said Bonifacio’s life and legacy inspired generations and shaped the course of the country’s history.

“It was Bonifacio who dared to lead a mass action that defied the colonial rule and quelled the hunger of a people longing for change,” Duterte said.

“He belongs to the league of heroes willing to lay down his life and put aside his own interests to honor the nation and defend it from its enemies. His courage and love of country served as a guiding torch in the midst of darkness,” he said.

“His spirit lives in the Filipino people who continue to fight for independence, national democracy and genuine change for the country,” Tinio said.

Tinio also said they celebrate “modern day Bonifacios” those who genuinely serve and protect the interest of the Filipino people.

“Not the tyrants, dictators and human rights violators like Marcos,” Tinio added.

Pres. Duterte said he hopes the occasion would remind the Filipinos to live up to Bonifacio’s patriotic spirit.

“Every waking day is an invitation to dedicate our lives for a worthy cause; to uplift the quality of life of our countrymen; and to bring back the pride and honor in our identity as a people,” the President said.

Duterte also called on the public to understand th Filipino’s struggles in history.

“Let us cultivate our capacity to act united and share common aspirations for a peaceful, just, prosperous, and truly free nation,” he added.

“The neoliberal attacks on education and in our society in general limits and binds the Filipino people with policies that robs us from our right to education, and other social services,” Castro said.

Bonifacio is the Father of the Philippine Revolution against Spanish colonization.  He founded “Katipunan” in 1892 which launched revolts against the colonizers. He was born Nov. 30. (davaotoday.com)