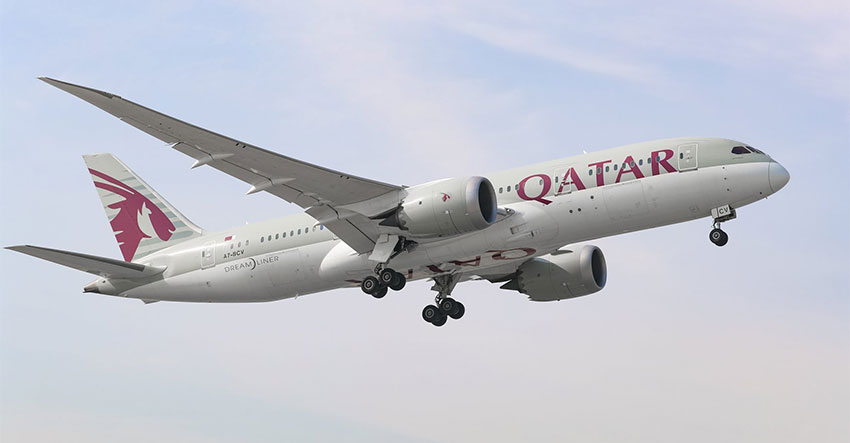 “Davao is the fastest growing city in the Philippines. There are many SMEs, multinational companies launching or having their offices, or some of them even having their starting in Davao that’s why we want to explore the options” Rohan Seneviratne, Qatar Airways Philippines Country Manager told reporters in an interview on Tuesday.

The multi-award-winning airline that was named as the “World’s Best Business Class” by the 2018 Airline Awards, managed by international air transport rating organization Skytrax now offers the Boeing B787 Dreamliner, with 22 seats in its Business Cass and 232 seats in its Economy Class passenger that can enjoy the airline’s superior entertainment system Oryx One.

The airline now launched the Qsuite, a patented Qatar Airways product that features the first-ever double bed in Business Class, as well as its privacy panels that stowaway, “allowing passengers in adjoining seats to create their own private room.”

The economy class also showcases the latest technology and design for the comfort and entertainment experience of their passengers. It has an innovative semi-fixed back shell design with a 19˚ recline system, comfortable take-off, and landing with a pre-recline position of 6˚ enhanced legroom, adjustable and lightweight headrest, dual multi-functional tables for maximum adaptability and tablespace, 13.3 inch 4K widescreen, enhance connectivity and faster Wi-Fi and USB type C with high power fast charging capabilities.

The airline also introduces a new economy class experience with 20 percent increases in its appetizers, 25 percent on its main course and 50 percent on its desserts. With the new feature, Qatar Airways is also committed to Recycling, Reusing and Reducing their materials with an 80 percent increase in using recyclable and biodegradable products and 80 percent tray items to comply with the ban of single-use plastics.

With around 255,000 Filipinos residing in Qatar, Seneviratne said, the airline hopes to fly more Filipinos to Qatar for business and leisure destinations. (davaotoday.com)