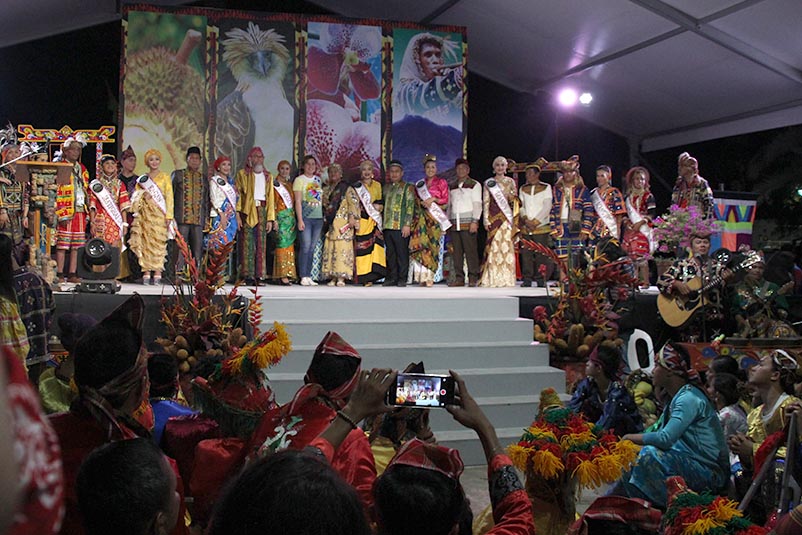 INDAY AND THE INDIGENOUS. Davao City Mayor Sara Duterte-Carpio poses for a photo with the deputy mayors of the tribes of Davao City, and their respective candidates for this year’s Hiyas ng Kadayawan pageant. (Paulo C. Rizal/davaotoday.com)

DAVAO CITY, Philippines – The mayor of this premier southern seaport paid tribute to the indigenous and Moro tribes, and its residents for their continued participation to the annual fruit harvest festival, considered Mindanao’s festival of festivals.

“If it weren’t for your participation, the celebration of Kadayawan sa Davao would not be successful. Because of you, we have a celebration of thanksgiving here in the city of Davao called Kadayawan​,” said Mayor Sara Duterte​.

Duterte opened on Monday night the tribal village constructed from the old Magsaysay Park at the eastern edge of downtown ​ ​to be the showcase of a tribal village representing the city’s 11 tribes as part of the week-long Kadayawan festival.

“The most important of all is my gratitude, salute to our 11 tribes headed by our deputy mayors​,”​ Duterte added.

Duterte also stressed during her speech that despite the celebration here in the city, people should also not forget of the fellow Mindanawons who are currently experiencing crisis.

This, amidst the ongoing Marawi crisis and the first time, the Kadayawan is celebrated amidst the implementation of martial law.

The local chief also urged the Dabawenyos to pray for unity and peace especially to the neighboring places here in Mindano.

“Despite the challenges ang atoang kinabuhi, ang atoang siyudad, ug atoang adlaw-adlaw, daily lives must go on. And our city must soar high like the Philippine Eagle,” she added. 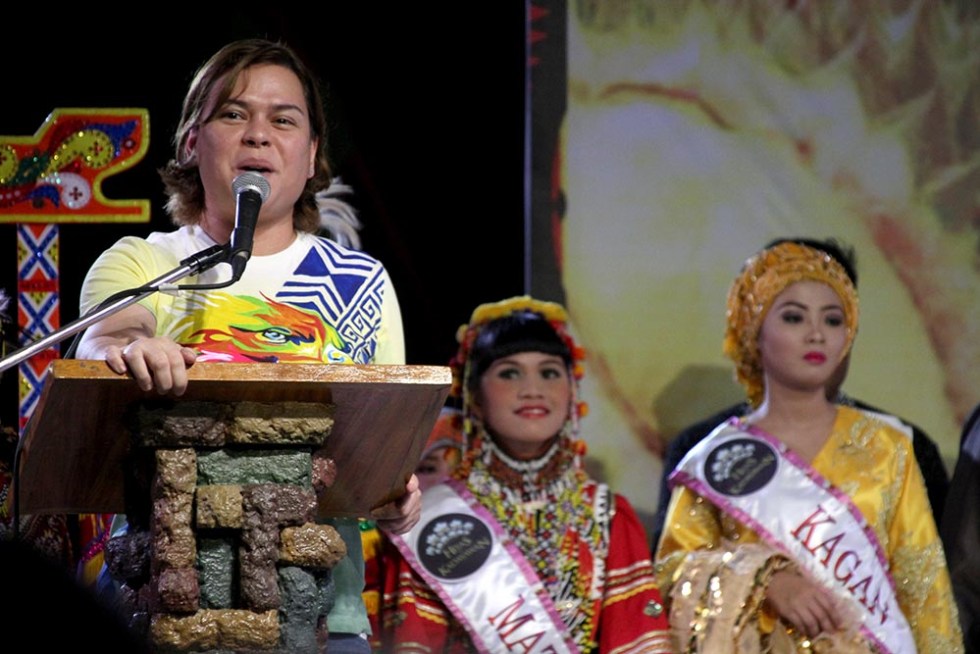 PRAYER. Davao City’s mayor, Sara Duterte-Carpio, tells the crowd to pray for those affected by the crisis in Marawi City. (Paulo C. Rizal/davaotoday.com)

Kadayawan festival private sector head, Capt. Ronald Go also assured that the prevailing Martial law here is “the opposite” of what the people especially foreigners and tourists expect.

“We ask them to come here, slowly we are seeing more foreigners come and we ask those who are coming here to share with their friends, their relatives, their loved ones, through social media or by word of mouth ‘yung nakikita nila dito,” Go said.

Meanwhile, Catholic Bishops’ Conference of the Philippines (CBCP) new president, Archbishop Romulo G. Valles urged in his homily the Dabawenyos’ deep sense of God has been translated through the Kadayawan to the will and action of the city and its people.

“I’m proud to say that in Davao we have a deep sense of God but also that deep sense of God that Kadayawan of God in our hearts has been translated many times in the will and action of the city especially now that we are very sensitive to the needs of our neighbors, the poor the weak and the foreigners,” Valles said.

Valles urged the Dabawenyos to have and “take of hold of the value of concern and self-sacrificing attitude for one another.”(davaotoday.com)