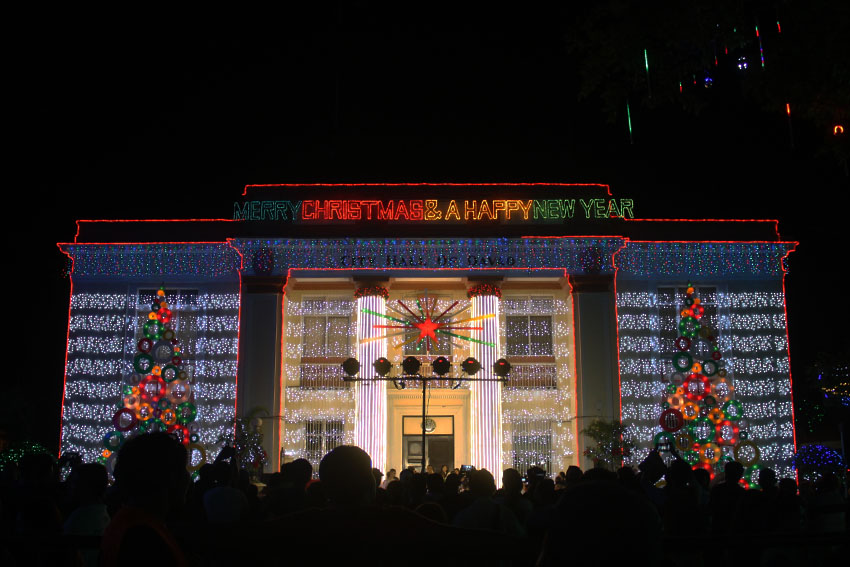 AO CITY, Philippines – The ceremonial lighting of the whole City Hall building signaled the opening of the month-long Christmas celebration of the city on Friday night.

In her brief message, Duterte wished the Dabawenyos to have a joyous celebration of the holidays.

This year’s Pasko Fiesta will be focusing on the indigenous peoples in the city.

On Nov. 18, the City Social Services and Development Office already made an announcement that there will be several activities that will be conducted in Lumad communities in Paquibato, Baguio and Marilog districts.

“This year, Lumads are still free to come down and join the festivities and the city government will continue to provide them food, and other services for 10 days starting December 1 in six different shelters,” the city information said.

The government services this year, will be brought to their communities in Marilog, Paquibato, and Baguio Districts from Dec. 7 to Dec. 21.

“They will be gently herded back to their respective barangays where various activities are prepared entirely for them,” said Maria Luisa Bermudo, head of CSSDO.

Bermudo also said that bringing the celebration to their communities will ensure the Lumad’s safety during the season.

Thousands of Lumad from the hinterlands come down to the city for Christmas to ask for aids from residents and commuters. (davaotoday.com)