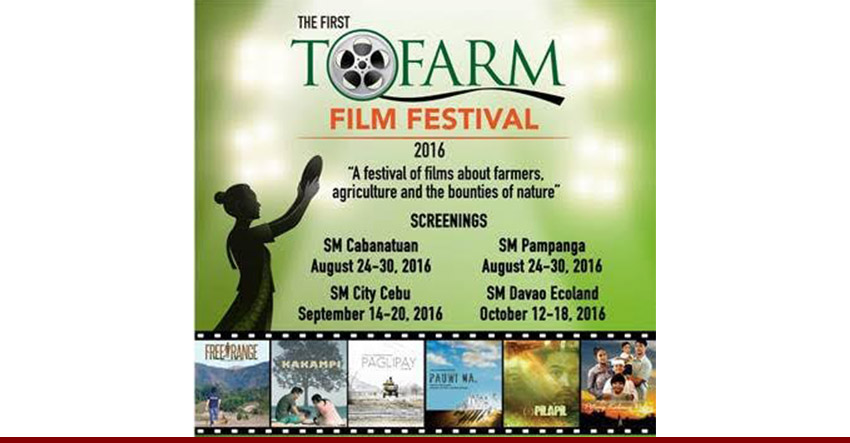 DAVAO CITY, Philippines — Six films highlighting the plight of Filipino farmers will be shown here in what organizers called the TOFARM film festival.

The acronym TOFARM means The Outstanding Filipino Farmers of the Year. For this year’s Davao film festival, the organizers selected the theme:  “The Plight of the Farmer: His Trials and Triumphs.”

Jerome Samson, a member of TOFARM secretariat,  said the festival aims to honor the contribution of the Filipino farmers in the country’s development.

“It is most worthy and significant since this is the only film festival that showcases the lives, journeys, aspirations, trials and tribulations, failures and successes of the farmers and other stewards of agriculture and nature,” Samson said.

The film festival here will formally open on Wednesday, Oct. 12 until  Oct. 18 at the city’s cinemas. (davaotoday.com)