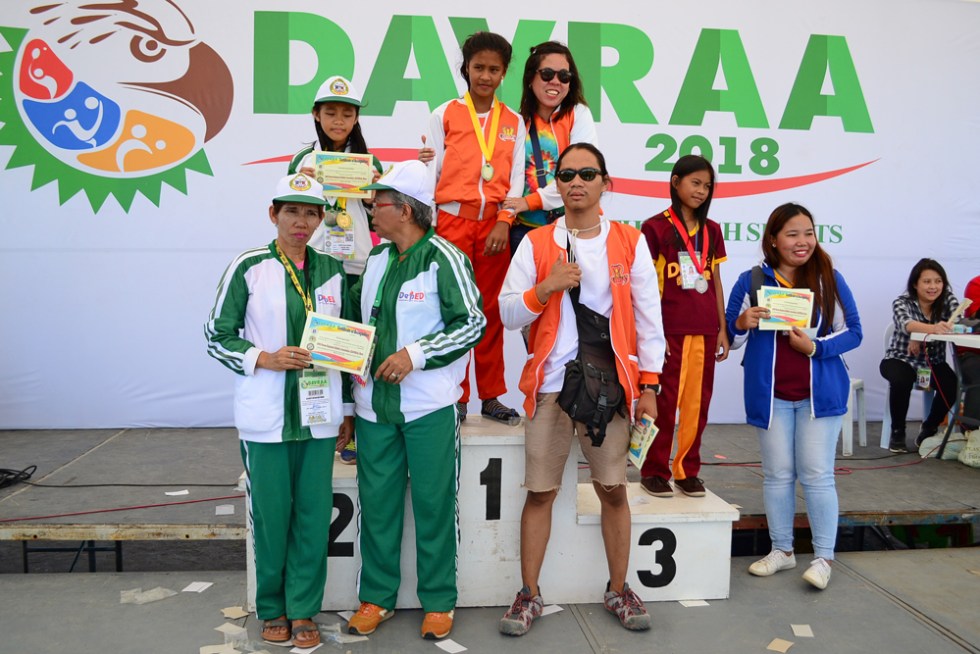 DAVAO CITY, Philippines — April Rose Dinawanao, 12 years old, from the province of Davao del Sur wowed spectators on Tuesday, February 20, after she ran barefooted and finished the 1,500-meter race way ahead of her competitors.
Dinawanao, who placed second last year in the same event in Davao Regional Athletic Association (DAVRAA) Meet, made a sweet comeback by setting off with a strong start and maintained the lead throughout the entire run.

The young athlete from Caputian Elementary School in Malalag town said she did not wear her shoes because her feet were already hurting with it.

“Sakit naman gud akong tiil,” (My feet are hurting) the grade six athlete from Caputian Elementary School in Malalag town said pointing at the scratches on her feet.

Kido Silva, Dinawanao’s coach told Davao Today in an interview that it was the young athlete’s first time to compete without shoes.

“She said her feet were hurting because of it. She took it off. She’s not used to wearing her spike shoes,” Silva said in vernacular.

Dinawanao dedicated her first gold medal to her parents and her coach whom she said helped her to win.

Apart from the gold medal, Dinawanao will also come home with a bronze after placing third in the 800 meter run.

Runner Muerphy Dale Nanggan of Davao del Norte Pioneers who was closely behind Dinawanao on the first and second rounds around the oval pocketed silver medal while Jay Ann Miranda from Davao Oriental snatched bronze.(davaotoday.com)