Preparations in place for DAVRAA 2019 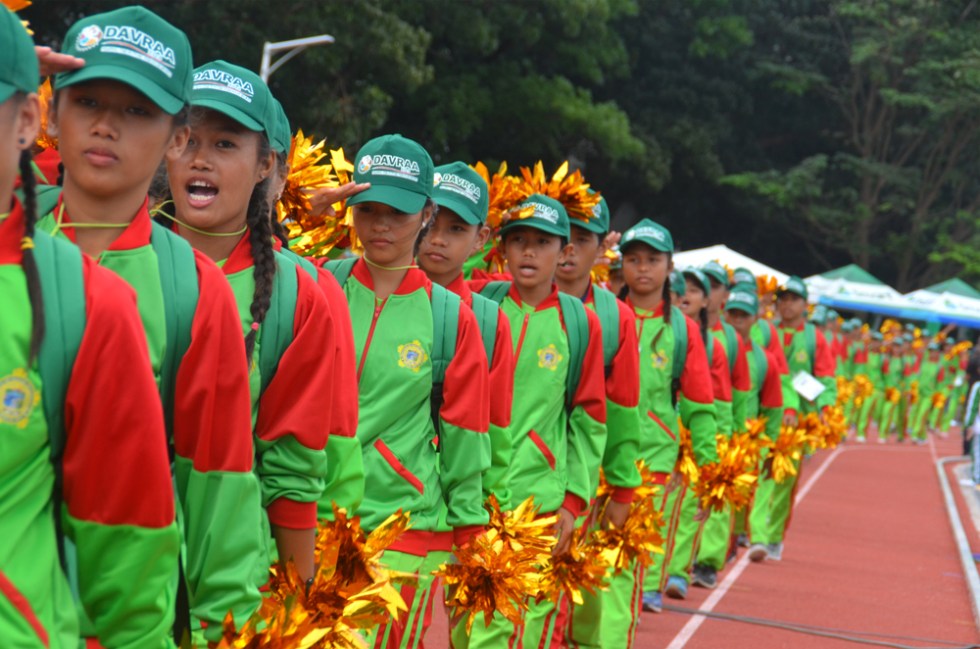 DAVAO CITY, Philippines – Officials declared an all systems go for the upcoming Davao Region Athletics Association (DAVRAA) 2019, where more or less 8,000 delegations from 11 divisions of Davao region will participate.

Dr. Janette G. Veloso, chief of Curriculum Learning and Management Division of the Department of Education (DepEd) said all schools that will be used as a venue for the DAVRAA meet are all ready to cater to the logistical support needed by thousands of athletes.

“All preparations are in place, as well all the necessary support, so that the DAVRAA 2019 will be a success”.

This year’s DAVRAA meet will have 33 playing venues and 16-20 billeting quarters, which includes those for the 643 technical officials and tournament managers.

The preparation also includes ocular inspection of all the billeting quarters and playing venues to ensure that these comply with athletics standards.

“An inspection was conducted to ensure that all quarters are mosquito free since there are cases of Dengue in the City. We can assure 100 percent that the delegates will be in a good place in our assigned billeting quarters” said Veloso.

A ratio of 15 individuals will stay in one designated billeting quarter provided with “first class mattresses” compared to the previous DAVRAA meets.

This year, an orientation for all food handlers on food safety would be conducted prior to the regional athletic tournament. This will be held from January 27 to February 2 to avoid cases of food poisoning, which happened last year.

Curtis C. Lazarraga of the City Health Office (CHO) said that food handlers from all 11 delegations of DAVRAA will undergo a one-week food safety training, from January 14 to 20, to be conducted by the CHO Environment and Sanitation Division.

In February last year, food poisoning downed at least 36 student delegates from Mati, Davao Oriental after they were served fish and beef during their lunch. They complained of having stomachache and some vomited.

“There will be an augmentation force from all Barangay Captains and respective Barangay Tanods. PSSCC will also utilize the city’s force multipliers to ensure that the athletes are safe“ said Sumagaysay.

Meanwhile, Sumagaysay said a security and traffic plan is being finalized for the DAVRAA meet.

Since the city has traffic limitations, Sumagaysay said, there will be an augmentation of personnel from the CTTMO for assistance to ensure that all athletes can play their respective games without being late.

“CTTMO personnel is also designated to escort athletes from the egress area of Davao City to their respective venues,” said Sumagaysay.

A team from the Highway Patrol Group will augment, assist and escort the guests and dignitaries during the DAVRAA schedule. (davaotoday.com)