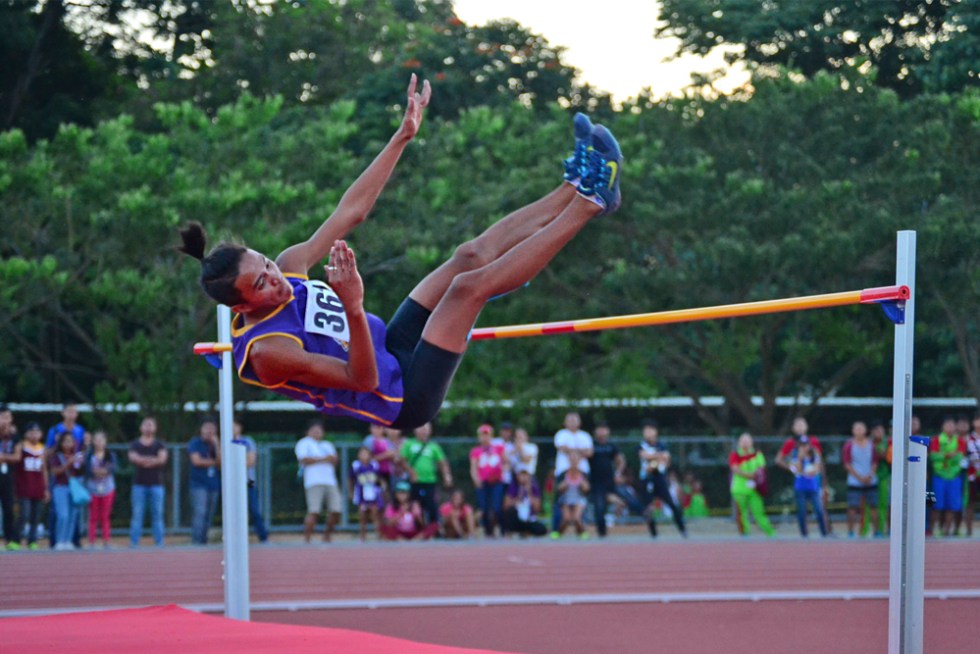 First-time athlete, Raffy Pino of Digos City Trekkers, was hailed as the champion for doing the 1.75-meter jump in his second attempt on Wednesday, February 21, during the Davao Region Athletic Association (DAVRAA) meet held at the University of Mindanao track oval in Davao City. (Robby Joy D. Salveron/davaotoday.com)

The crowd was cheering for their respective bets as the athletes tried to execute the 1.80-meter jump but both failed in all three attempts.

Pino, a first-time athlete was hailed as the champion for doing the 1.75-meter jump in his second attempt while Caseňas, who was vying for his third gold in DAVRAA 2018, was able to do it on his third try.

“I’m very happy to win the gold even if I’m a first timer. I dedicate this win to my coaches and my family,” teary-eyed Pino said in vernacular.

He added that he was very nervous on the latter part of the game but also said his determination and self-esteem made him achieve it.

“I just believed in myself and prayed to God,” the rookie said.

Meanwhile, on the same day his teammates, Christian Mondejar and Sally Campus also added more gold to Digos City division after winning 2,000-meter walkathon in both secondary boys and girls clocking in 10:24 and 11:06 respectively. (davaotoday.com)