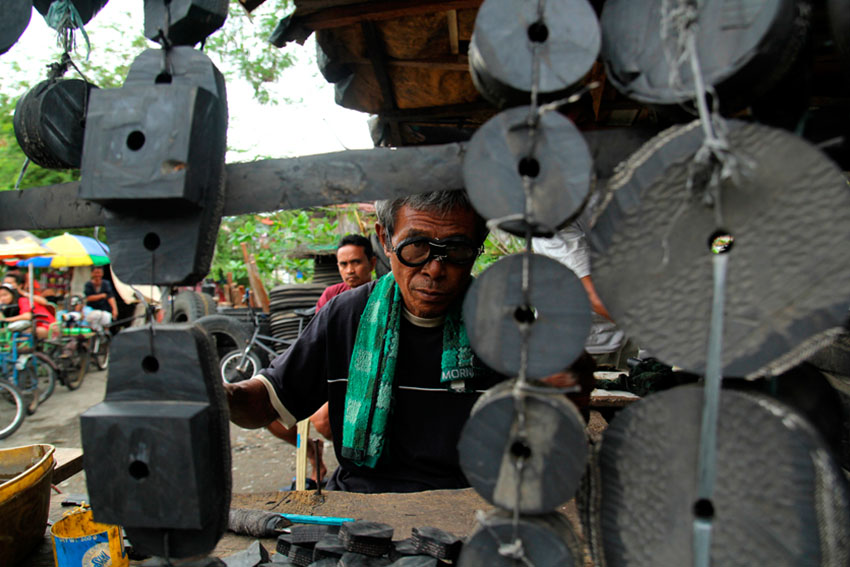 A locally handmade rubber boss for public utility jeepney and other vehicles can be bought along Gothamco, Agdao. (Ace R. Morandante/davaotoday.com) 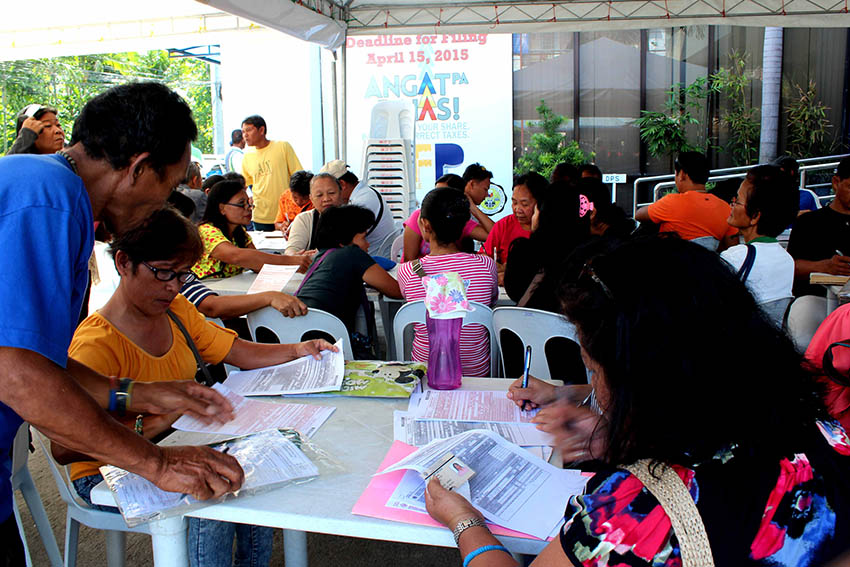 The regional office of the Bureau of Internal Revenue along Bolton Extension Street in Davao City is filled with taxpayers who are catching up with the last day of the manual filing of Income tax returns on Wednesday. 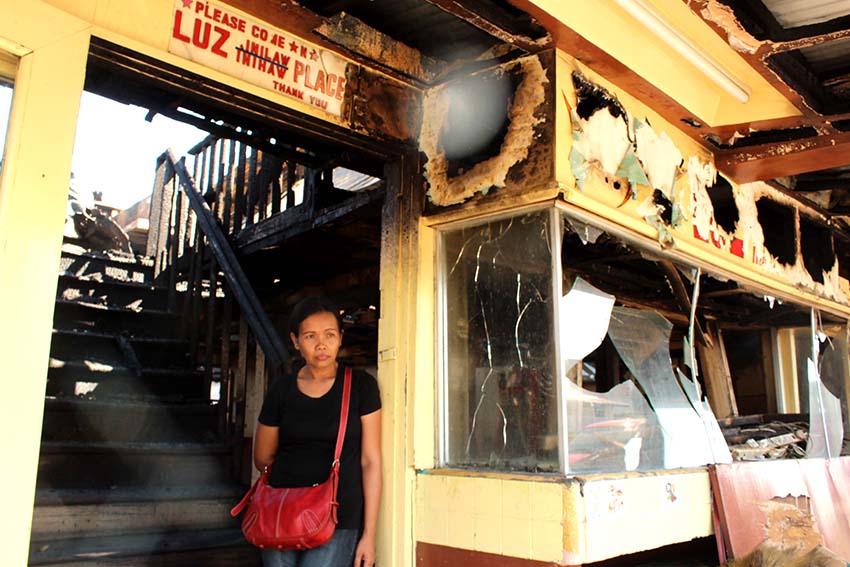 Luz Kinilaw, established in 1968, is a famous landmark along Quezon Boulevard in Davao City. It is known as a kinilaw haven for Davaoenos and visitors alike serving the famous raw tuna cooked in vinegar. The establishment has already survived three fire incidents. But on Wednesday night, one of its workers don’t think it will ever rise again. 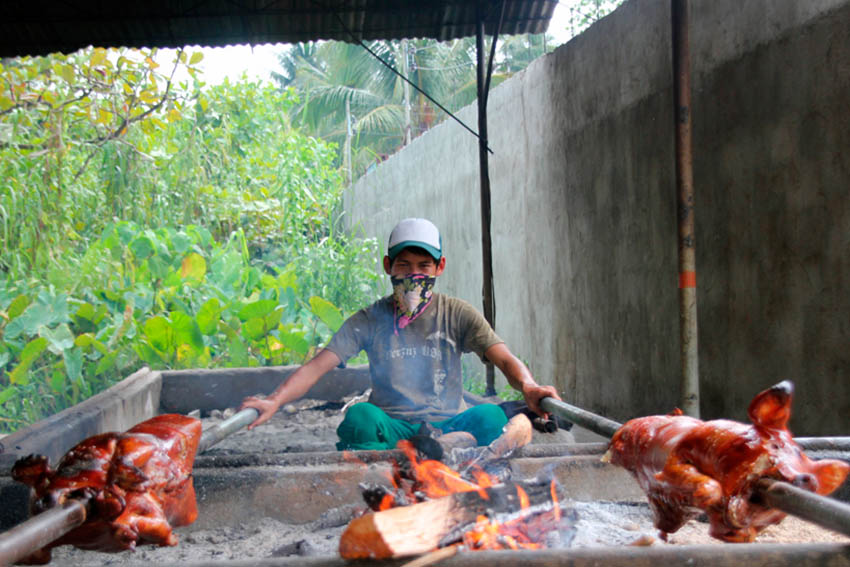 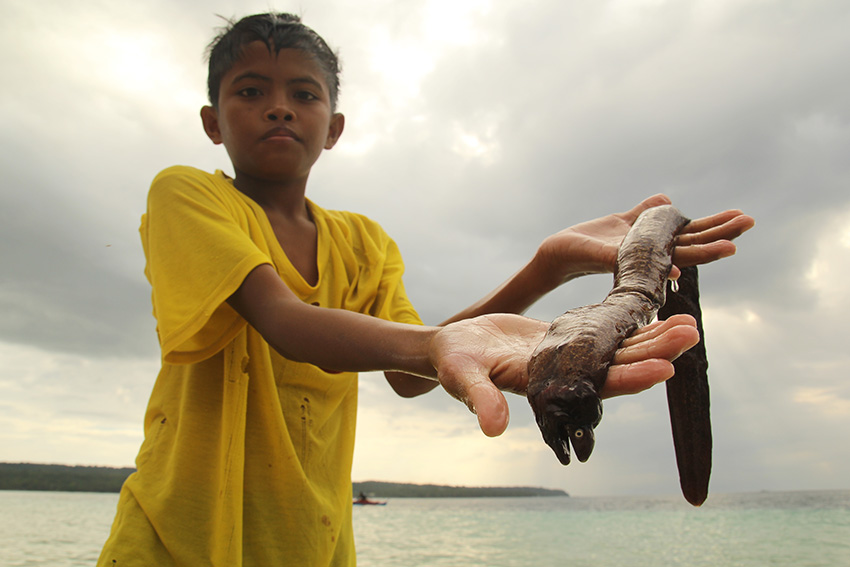 This young boy a son of a fisherman in Penaplata shows his catch, a small eel, which, he said, is for their lunch. (Ace R. Morandante/davaotoday.com) 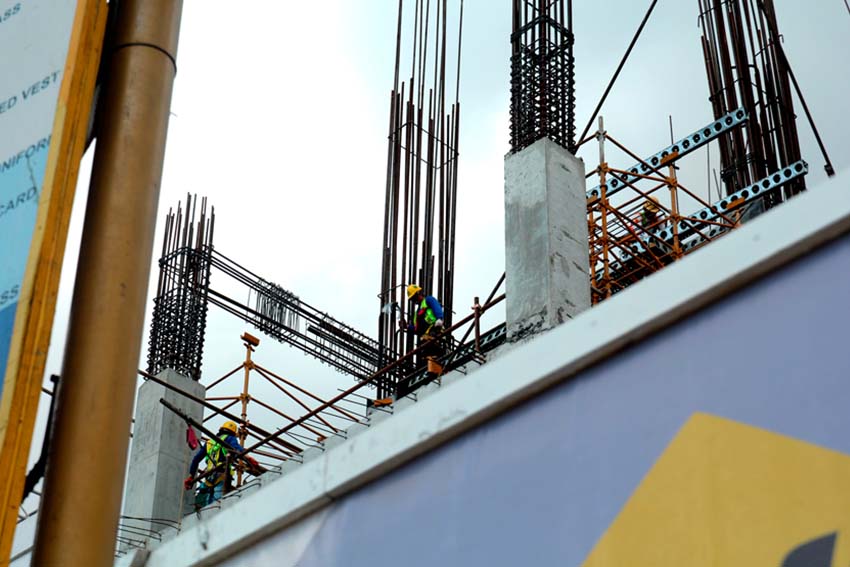 Workers construct new structures of a big hotel in the city along Claveria Street amid the heat of the sun. (Ace R. Morandante/davaotoday.com) 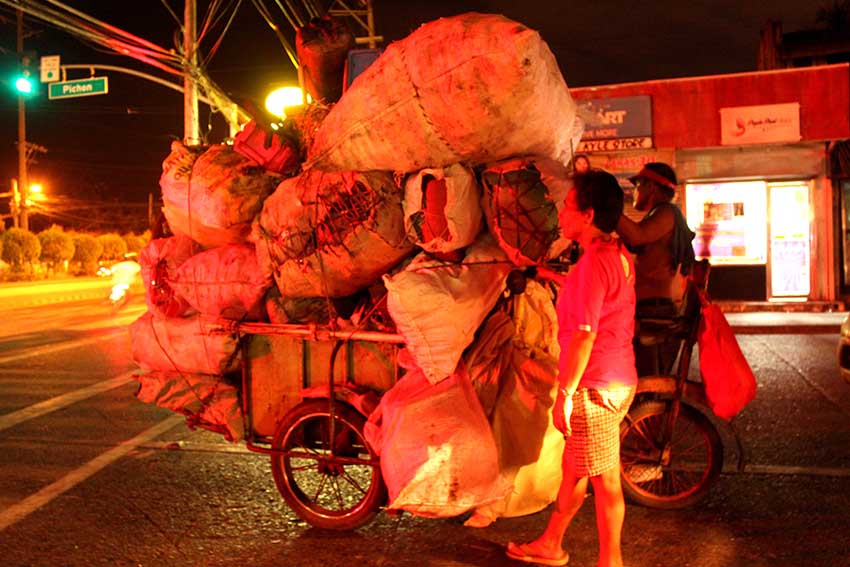 WAITING FOR THE GREEN LIGHT

A couple, waiting for the green traffic light along Quimpo Boulevard, starts their work early in the morning to sell scrap materials at a junkshop in Agdao. (Medel V. Hernani/davaotoday.com) 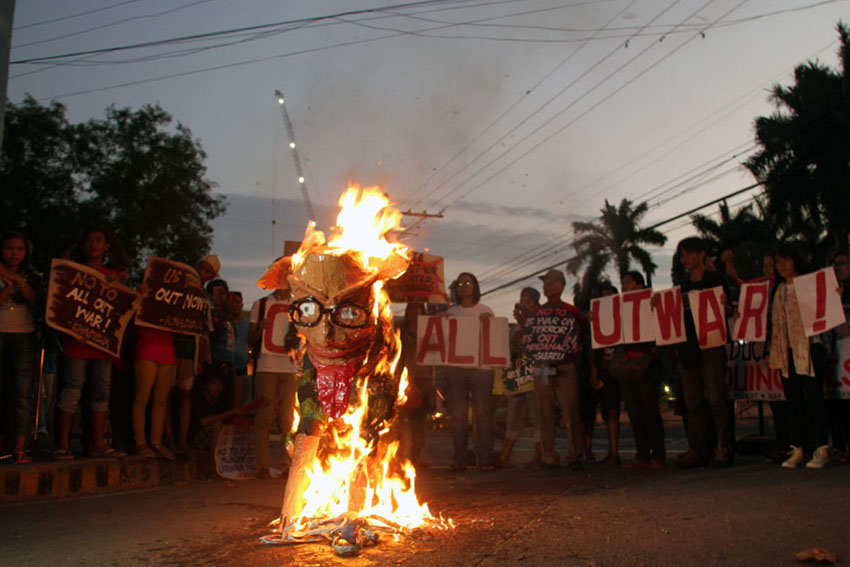 Hundreds of students joined the protest action and urged the government to stop the all out offensives against Moro fighters in Maguindanao. A Peace and Humanitarian Mission was conducted in Central Mindanao. 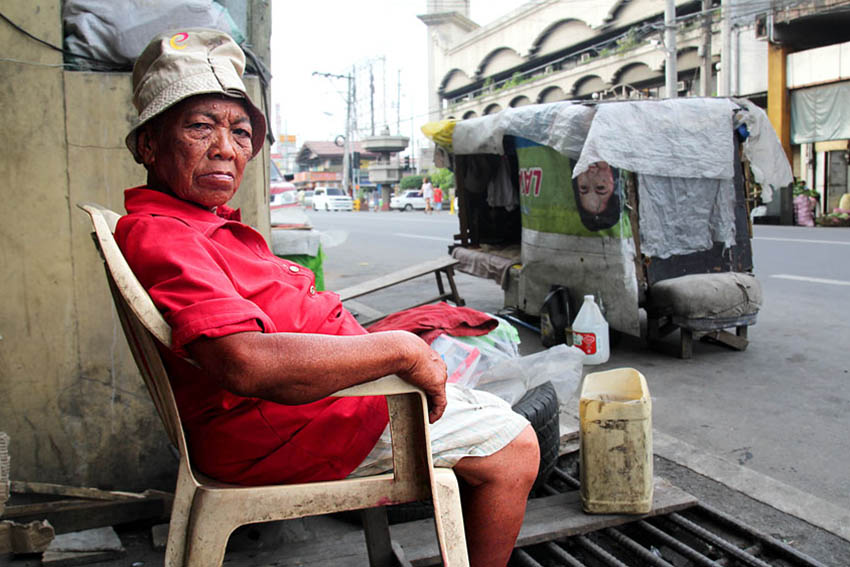 HOPE FOR A REAL HOME

Nina Bongasoy, 81 years old, a member of the Kalagan tribe, hails from Pindasan, Mabini, Compostela Valley Province. She dreams to have a real home as they currently occupy a small hut along Magallanes Street for 3 years already. (Ace R. Morandante/davaotoday.com) 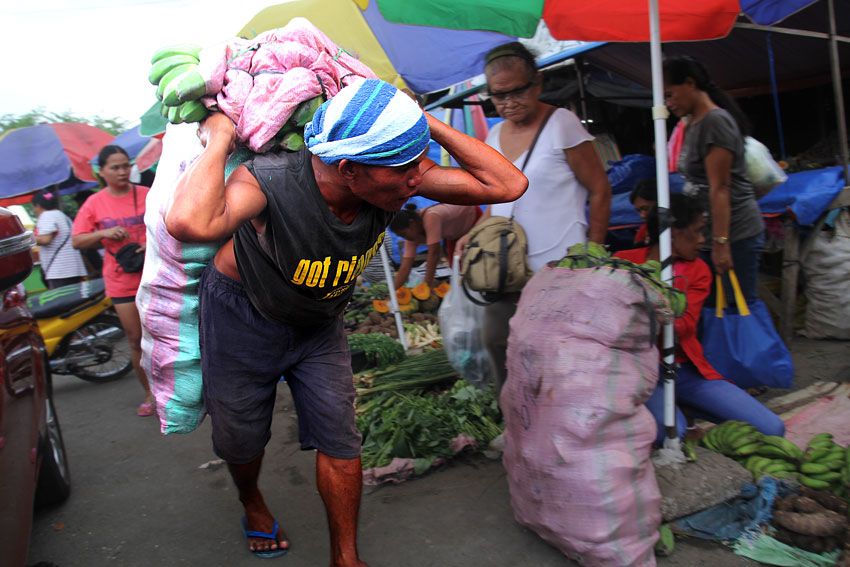 This porter receives 20 pesos for carrying 70 to 100 kilograms of vegetables and fruits in Bankerohan market. (Ace R. Morandante/davaotoday.com)