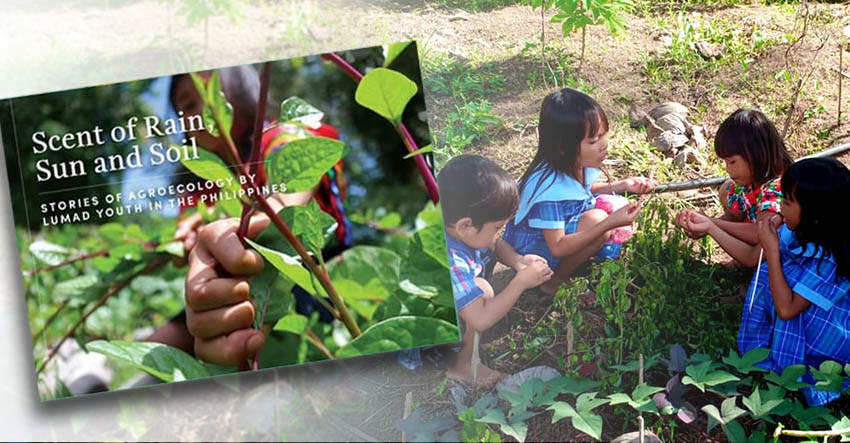 DAVAO CITY, Philippines – A community college in Davao de Oro that was closed by the Department of Education will be releasing a book on its unique experience of agro-ecology in their curriculum.

The photobook, “Scent of Rain, Sun and Soil”, collects the experiences of Lumad students in the Community Technical College of Southeastern Mindanao (CTCSM) and visiting academe members, was launched online on Wednesday September 9.

The book’s author, Sarah Wright, professor of Geography and Development Studies at the University of Newcastle, Australia, said witnessing the dedication of the school in promoting agriculture and struggle for education to indigenous scholars was inspiring.

“To have an indigenous-led school is so important and such a fantastic thing to support. I was so deeply impressed by the dedication of the students and the staff…They are so articulate as they talk about their cultures, their work, their agriculture, and their hopes and dreams,” Wright said during the online book launch.

She said that the book was written in collaboration with the students and teachers as she felt that they should have the chance to tell their own stories.

“In terms of writing the book, I found the generosity of sharing and the keenness of everyone to be involved to be quite overwhelming and beautiful for my part,” she added.

The CTCSM was ordered closed by the DepEd Region 11, citing technicalities, which has displaced its 250 students who come from Lumad and peasant communities in Davao and other neighboring regions.

The school has also experienced being monitored by military elements and has been red-tagged.

The forum featured a message from one of the college scholars who appreciated how the school taught them the value of agriculture as part of the preservation of their ancestral land and to provide food security.

Solidarity messages include former University of the Philippines Diliman Chancellor Michael Tan who narrated his experiences from his trips to CTCSM, where he saw the potential of the school’s organic garden.

Ruby Bernardo, Vice President of Quezon City Public Schools Teachers Association, who was also able to immersed with CTCSM last 2018, believed that the book may serve as a counter-narrative to the propaganda “peddled” against this school as “red front or pawns in the war against military forces.”

“Both the publication and the launch of the book, ‘Scent of Rain, Sun and Soil’, shall radiate into the scent that would capture our dedication and commitment to fight for our right to education and become part of the larger struggle to defend our ancient land and culture,” Bernardo said.

The book, published by Newcastle University and CTCSM, can be ordered through the school’s Facebook page. (davaotoday.com)