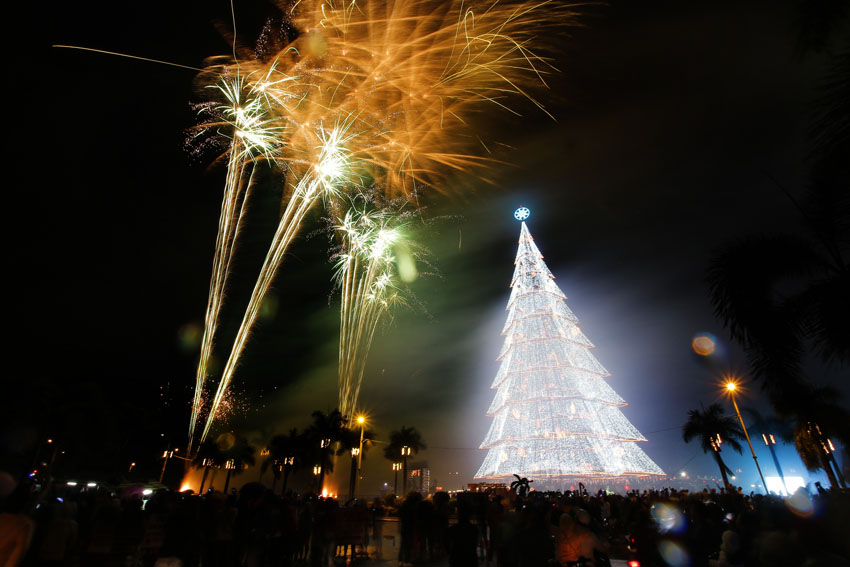 GRAND CELEBRATION. The city government of Tagum spend P500,000 for its fireworks and musical display in welcoming the New Year on Sunday, Jan. 1. The city’s annual tradition was made grander with the 175-foot Giant Holiday Tree. (Photo by CIO Tagum)

TAGUM CITY, Philippines — The city government of Tagum has welcomed 2017 with its “grander and splendid” pyro-musical display amounting to half a million pesos.

More than a thousand revelers gathered outside Tagum City’s iconic New City Hall to welcome the arrival of the year 2017.

“Myriad of colors painted the night sky of the city when thousands of fireworks burst above the 175-foot Giant Holiday Tree, synchronized with an animated music to match the heart-pounding experience,” it said, describing the event.(davaotoday.com)