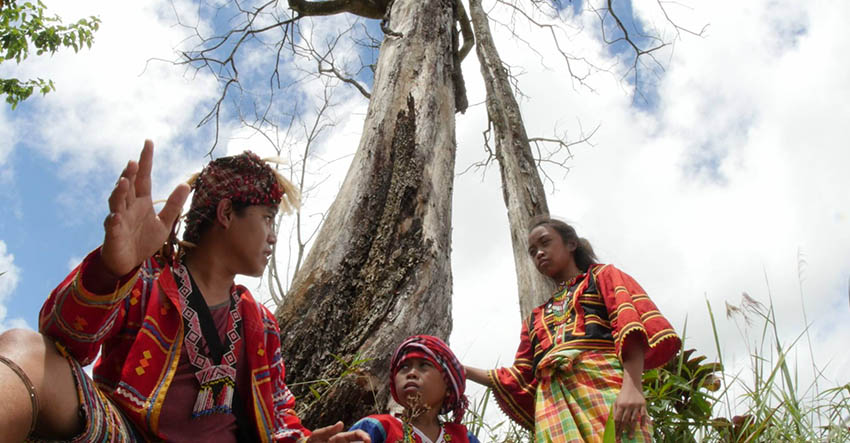 DAVAO CITY, Philippines — A ​multi-awarded ​film ​director hoped to have President Rodrigo Duterte and members of the government peace negotiation panel as audience to his film on the struggle of the Lumads against military harassment, which harvested major awards ​in the recently concluded Sinag Maynila film festival​.​

​​Director Arnel Barbarona ​told Davao Today that his ​directorial debut film, Tu Pug Imatuy (A Right to Kill), “has a message to convey and I hope one day I will have President Duterte and the peace panels as the audience”.

“My message is that the all out war should stop and that peace talks should continue so civilians and Lumad will not be affected,” he said.

Barbarona said the movie is a good way to reflect on how the war could affect civilians.

“This is not made up, this is based on the actual events on the life of Obunay from Talaingod,” he said.

Presidential son Sebastian Duterte has already watched the film when it was screened in Cinematheque Davao.

In an interview with Kilab Multimedia, Sebastian or commonly called, Baste, said creating the movie is “taking action” on the Lumad issue.

“That is what I appreciate about this movie, it’s doing something about it,” he said.

“People up in the mountains are being messed up. They should be empowered because they are the real Filipinos. We are Filipinos, but we are influenced by the Spanish and the West. But them, they are the ones who care for the land, but they are not given importance by the government,” he said.

​Barbaron said Tu Rug Imatuy “is ​based on true events about the Lumad’s struggle to defend their ancestral land and the travails of indigenous peoples in the countryside when militarization strikes​”.

Lumad evacuees
​
The ​film was conceptuali​zed ​two years ago during the time when hundreds of Lumad evacuees from Talaingod, Davao del Norte sought sanctuary in a church compound here.

Barbarona, who has been in Davao City since 2002, said he interviewed the evacuees and one Lumad woman who experienced abuse at the hands of government soldiers. He said the movie was based on true stories as told by the evacuees.

“I drew inspiration to make the film from their story,” he told Davao Today​, “and it will serve as an eye-opener for the public to see the struggle of the Lumad people.​”​

“I believe that a film is the psychology, belief of the writer. I was inspired by the stories of common people. This is a story about the Lumad people and their community,” he said.

Barbarona, who considers himself a “cultural worker”, said the stories of the common people should be given attention by the public.

He said he wants the public to learn that the Lumad and the communities in the hinterlands are those who are greatly affected when there is armed conflict.

The film got the funds from non-government organizations and partner institutions in April last year and they started shooting the film.

Barbarona said their team raise​d​ P1.8 million​ but he said it was not completed due to budget constraints.

It was not until December last year that the film was completed.

The 40-year old director, who hailed from Asuncion, Davao del Norte said he had no idea at first where he would showcase the film.

“It was timely that Sinag Maynila called for entries and, at the last minute, it became a dark horse after the organizers decided to pick it up two days before the announcement in competition for Best Film and others,” he said.

He said he was glad the film, which shows the sentiments and the story of the indigenous people community in Mindanao was recognized.

The film was shot in Marilog district​,​ ​about 60 kilometers ​north of downtown Davao.​ They also shot scenes at the ​scenic ​Epol Falls in Barangay Baganihan.

“You can really see the richness of the natural resources in Mindanao,” Barbarona said.

But, he added that the irony lies in the situation of the indigenous peoples living in the rainforests.

He said the Lumad are the victims of abuses and harassment, and they face threats whenever a big company eyes their ancestral land for profit.

Barbarona said they are working out to show the film in universities and to other sectors here and use it as a way to have a dialogue or forum on the peace talks and the rights of the Lumad. (davaotoday.com)