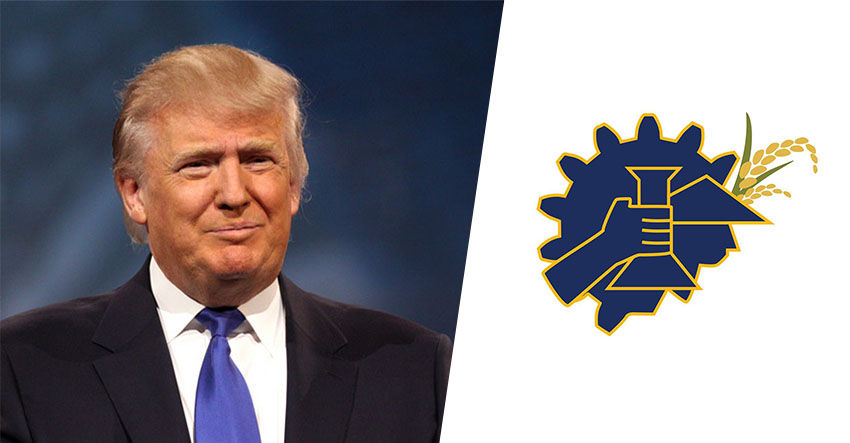 DAVAO CITY, Philippines — Rooting on the success of the Women’s March last Jan. 20, a group of Filipino scientists expressed their support to a movement against US President Donald Trump’s “anti-science” campaign.

AGHAM, a scientist-activist organization, scored on Trump’s “anti-science and anti-people” policies aimed to silence and discredit the work of scientist in the United States.

“His efforts to cover up scientific truths about climate change and other issues directly affect not only the American people but people around the world as well,” the group said in a statement on Friday.

Trump made several controversial statements denouncing proven scientific knowledge – such as climate change—as mere hoaxes. Dubbed as the “March for Science”, scientists and advocate groups in America are planning to stage a nationwide protest in its bid to support the empirical science.

“The March for Science is an anticipated movement from the people of the United States as Trump has already revealed his support for the imperialist control of global resources and bias for big corporations over the interests of the people, in just less than a week in office,” Agham said.

Trump, who is known as a “climate change denier” has criticized the Paris Agreement and recently gave a “go” signal to the Keystone XL and Dakota Access Pipeline projects that sparked widespread resistance due to their environmental risks and possible displacement of indigenous tribes.

The US president also issued a gag order to Environmental Protection Agency, the Department of Agriculture, and the Department of Health and Human Services, barring scientists from communicating their research findings to the public.

“We believe that this orchestrated effort to silence the voice of scientists is a move that will negatively impact the lives of millions, particularly members of vulnerable sectors, who will not have access to information that are essential such as those needed for disaster preparedness, and climate change adaptation and mitigation strategies,” Agham said.

“We in AGHAM call upon Filipino scientists to unite with their fellow scientists from the the U.S. who are being curtailed of their right to pursue scientific endeavours and denied of their responsibility to promulgate scientific knowledge. We will be ready to take our solidarity to action and conduct similar events here in the Philippines to coincide with the march in Washington, DC,” the group said. (davaotoday.com)