This village will take you to Davao’s rich architectural past

DAVAO CITY, Philippines — Get a glimpse of the city’s rich history and culture at the Kadayawan Village, where 11 tribes of Davao City exhibit their ingenuity and craftsmanship through life size replicas of their traditional houses at the Magsaysay Park.

The 11 tribes — the Sama, Kagan, Maranao, Maguindanao, Iranun, Tausug, Klata Bagobo, Obo Manobo, Ata, Matigsalug, and Tagabawa — constructed approximates of what their tradition dwellings looked during the time of their ancestors.
Many of these designs are no longer seen today due to several factors such as local ordinances and intermarriages with the Visayan and Tagalog settlers who migrated to Mindanao.

The reconstruction of these houses, said City Tourism Operations Officer Generose Tecson, is aimed to show the public the culture of the city’s 11 tribes. Ata tribal houses are usually built of round timbers. Their homes are elevated to prevent attacks in times of pangayaw (clan wars). They also fashion their stairs out of a single piece of sturdy round timber so it can be easily kept during night time to block the enemies from breaking in. The design of Ata homes are also distinct for the bundle of cogon grass or manok-manok adorning their roofs. These homes are found in the districts of Marilog and Paquibato and other neighboring areas of Davao City. 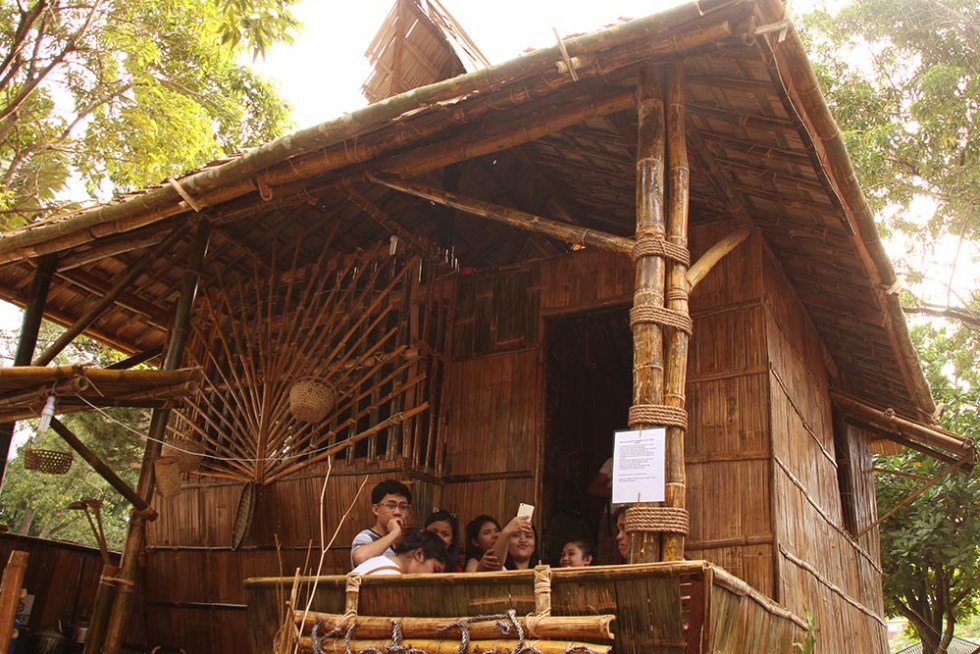 The Bagobo Klata’s traditional house is purely made of bamboos. Its main attraction is the kitchen, where guests are always welcomed with food and refreshment as they enter the door. Most of the Klatas now reside in Tugbok, Baguio and Calinan, Davao City. This house was fashioned from what would be considered as homes fit only for a Datu of the Maguindanao people. The houses are typically made of lauan, coco lumber, nipa, and bamboo. Maguindanao people, who claim to be descendants of Shariff Kabungsuan, come from Cotabato. Some of them also reside in Talomo, Times Beace, and Isla Verde, this city. The Iranuns chose to exhibit a replica of their traditional palace, where their Royal Sultan would live, held office, and settle disputes. The palace also serves as a fortress, as under the Iranun’s palaces were tunnels and foxholes that turn into bunkers and escape routes for the sultan and the royal family. In Davao, a sizable population of Iranuns can be found in Maa and Sirawan. The Sama, who claim to be the first Islamized tribe in Mindanao, are descendants of seafaring people, thus their houses perch on stilts at the coastlines. Their traditional houses are made up of bamboo and nipa, with curtains that serve as dividers. They are found in many coastlines surrounding Davao City. This house is made up of bamboo and other hardwood lumber from forests. This replica was fashioned from what would be a house for a Matigsalug Datu, which would serves as a village hospital. About three families could fit in this traditional house. The Matigsalug are traditionally found in Marilog district. The traditional houses of the Tagabawa are made up of round timber. The thick, sturdy door is uniquely built for defense in times of war. Traditional houses can accommodate about ten people. Tagabawas reside in what is now known as the area of Baracatan in Toril. This high rise traditional house is a replica of what would be a house typical for Tausug Datus. Meetings and resolution of conflicts are usually done in the ground floor. A Tausug leader’s house typically employ simple designs of weave, and clothes are also used as decoration. Some Tausug people still live in Barangay Tamayong in Calinan district, Davao City. 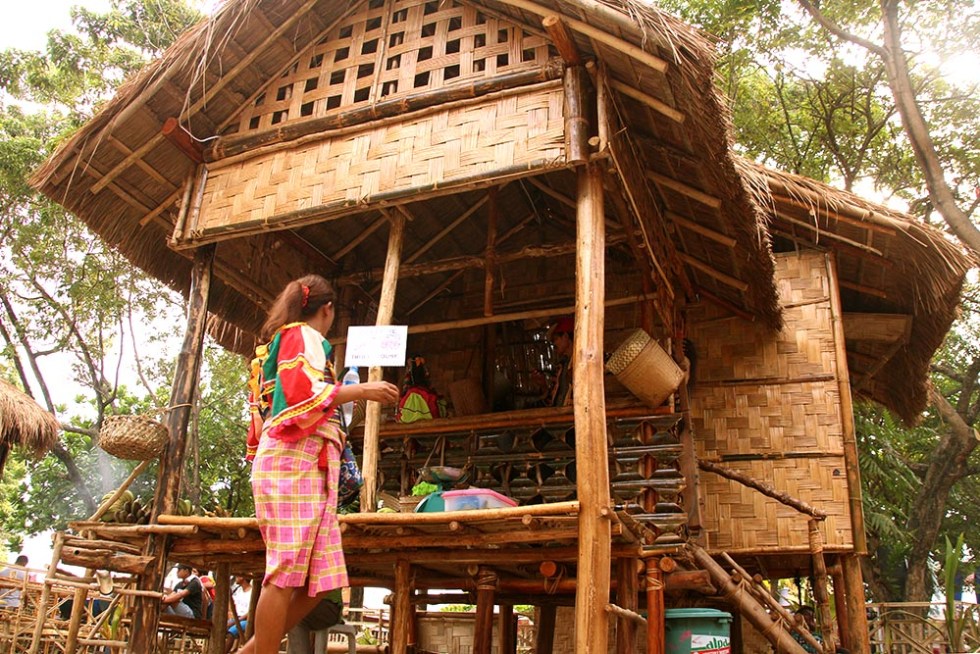 Obo Manuvus build their traditional homes with bamboo, mahogany, gemilina, and ipil-ipil, and cogon. Their houses feature separate rooms for each of a Datu’s family, which typically grow to three. The centerpiece of a house is a fireplace, where the fire cooks food and illuminates the house. Manuvus also have a separate chamber for seeds located outside the house and kept high above the ground to deter pests and predators. Many of their remaining population reside in Marilog District. This traditional house of lumber, kawayan, and rattan is a replica of a datu’s house. The house is filled with woven designs called the barabuddi, imbued in green, orange and yellow colors which symbolize royalty. The Togan is usually made big, since Kagan Datus could have a maximum of four wives (with the consent of the first wife) that all live in the same house in different rooms. Many of them still reside in Waan, Sirawan, Bunawan, and other parts of the city. The Maranao’s Torogan is reserved for the Maranao’s elite. It is typified by the prominent use of the okir, a design motif based on elaborate patterns of vines and flowers. The Torogan is a large hall with no permanent divisions, and served as a venue for big occasions. It also features a princess chamber, which is inaccessible to the public in most days. On occasions that the presence of the royal princess is required, a ladder would be propped up for her to step onto. (davaotoday.com)