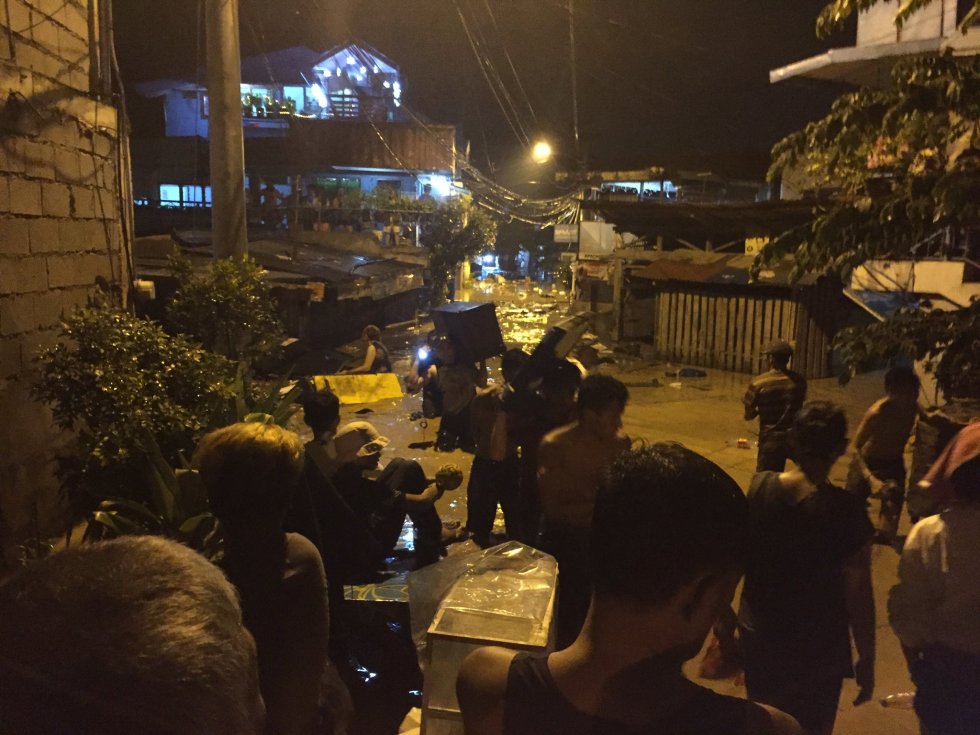 RESCUE. Residents in Davao City save what they can from homes sinking in floodwater on Friday night, December 22, 2017. (Mick Basa / davaotoday.com)

DAVAO CITY, Philippines – Hundreds of residents here left their homes Friday night, December 22, as a nearby river began bursting with heavy rain from the highlands.

Hundreds of residents though could still found attempting to leave their homes past midnight, December 23, as they were trapped in floodwaters.

Since Friday afternoon, the local government issued a warning and began helping residents move out from their homes at 5:30 pm.

The local government distributed food packs as many evacuees left their belongings back home.

State weather bureau PAGASA on Friday included Mindanao among the areas where flash floods or landslides would hit due to scattered to widespread moderate to heavy rains.

But residents in these areas have been constantly warned of rising water levels as Davao River connects to extensive rivers, including the Salug River in Bukidnon.

As a way to put casualty rates down due to flooding, the local government here developed an early-warning system in barangays. (Mick Basa, Ivy Jean Tupas / davaotoday.com)