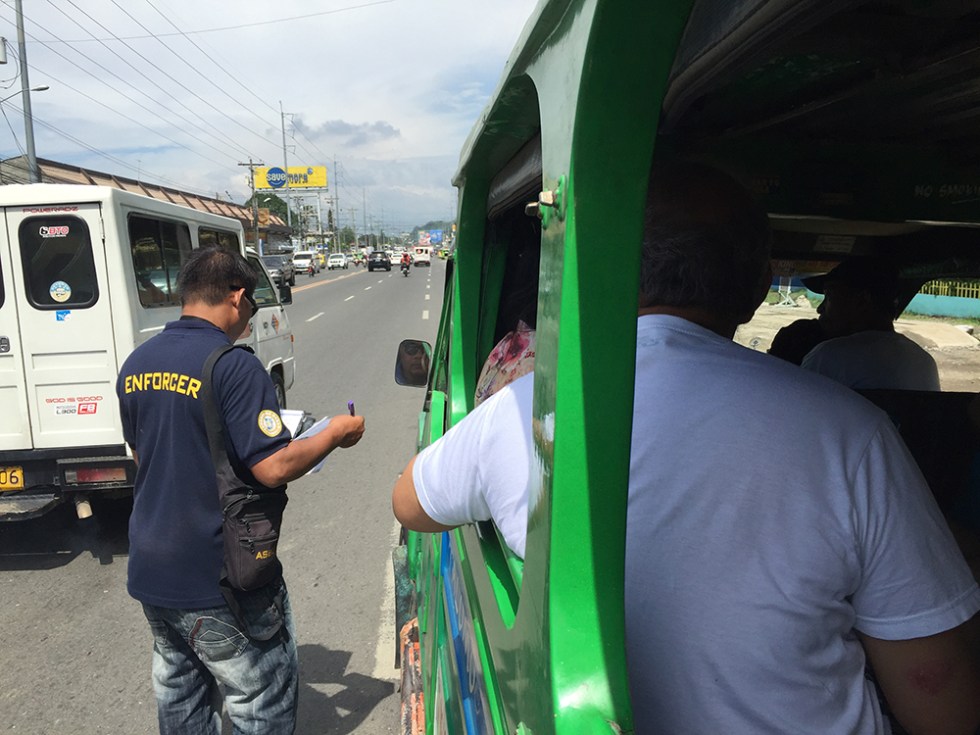 A city traffic enforcer issues a violation ticket to a PUV driver along the national highway in Bangkal, Davao City on Thursday, Aug. 24. (Mick Basa/davaotoday.com)

DAVAO CITY, Philippines – At least 4,466 violators of the speed limit law have been apprehended here since January, the chief of Davao City’s traffic body said on Monday, December 18.

Dionesio Abude, head of the City Transport and Traffic Management Office (CTTMO), said the figures show that the agency continued to perform its mandate of keeping abusive drivers off the streets to prevent accidents.

Then-mayor Rodrigo Duterte placed a cap on driving speed in certain areas in the city through Executive Order 39. It was signed in 2013.

Castillo said the city was unable to implement the speed limit because of the lack of working speed guns. The statement apparently referred only to the speed guns assigned to the Traffic Group under the Davao City Police Office (DCPO).

In a phone interview with Davao Today, Abude said that the CTTMO, Traffic Group, Land Transportation Office, including the Highway Patrol Group were all given speed guns.

“Initially, the CTTMO was given six speed guns which we are using. Four of it are still functional, another speed gun was repaired but I still have to test how effective it is,” Abude said in Cebuano.

Abude recalled that there was a time they apprehended a violator and complained that the speed gun used by a traffic enforcer was defective.

“Immediately I tested our speed gun. I tried it four times and it was consistent,” he said.

The official warned the public that the speed limit rule continues to be implemented in the city, and that they would be penalized if caught. (davaotoday.com)