Duterte reminds cops: new Japan cars not for personal use 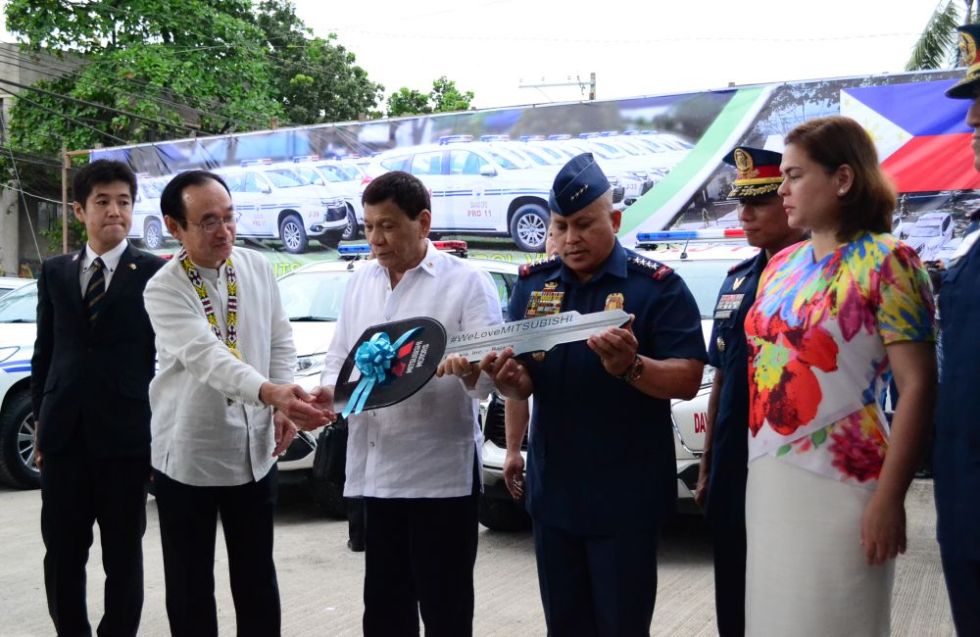 “These units will allow our police to more competently perform their duties as well as enable the Police Regional Office 11 to ensure peace and order in the Davao region,” Duterte said in his speech during the turn-over ceremony on Monday at the newly inaugurated Regional Crime Lab Office 11 here.

The donation of the vehicles was part of the Japanese government’s support to the Philippines particularly to the Philippine National Police (PNP) through its Economic and Social Development Program under the counter-terrorism and public security thrust of both countries.

Duterte also pointed that the “gifts” will not only bolster the ties between the two nations but as well as “reinforce” the shared efforts in the fight against transnational crimes, terrorism, and proliferation of illegal drugs.

The President told Davao City policemen to take good care of the vehicles and not use it for personal errands.

“They are not cheap. They are hard to come by in a lifetime of a city and the one that’s given to you is almost a luxury car to us. Montero, for the average Filipino, is a luxury car. And yet, it is given by way of donation for the use of the police,” Duterte said.

He also reiterated his warning to abusive and corrupt cops, saying that he will not hesitate to fire them.

On the same day, Duterte also led the inauguration of the new Regional Crime Laboratory Office 11 building worth P50 million.

The building consists of high-end functional equipment such as DNA (Deoxyribonucleic acid) test machine aimed to ensure faster delivery of forensic services in the entire island of Mindanao.

Director General Ronald Dela Rosa, chief of the PNP, said the two events serve as a “meaningful start for 2018” for the PNP particularly the DCPO.

“This spells a new era in crime laboratory services in this region even as it will provide greater inspiration and encouragement to our personnel and operatives to give it all in the service of our countrymen,” Dela Rosa said.

He also assured that the donations to the PNP will help police personnel better serve Filipinos and foreign nationals. (davaotoday.com)