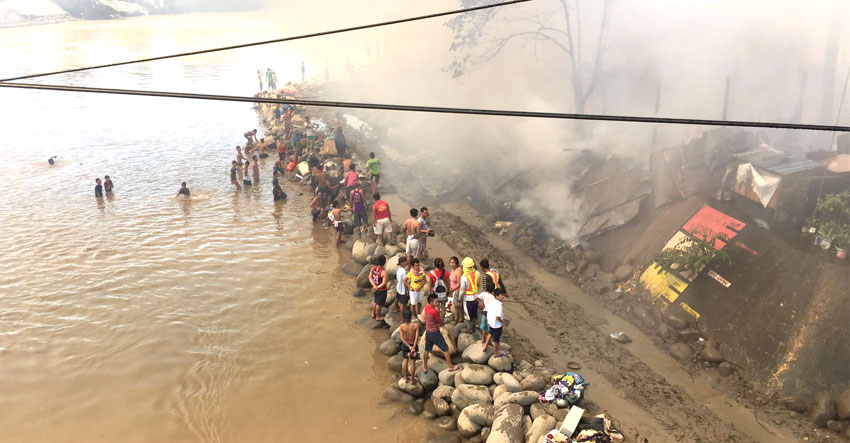 An estimate of 60 houses were razed by fire in BBaraico, Purok 2, Bangkerohan Riverside, Brgy 5-A, Davao City on Wednesday morning, January 15. (Photo courtesy of Kilab Multimedia)

DAVAO CITY, Philippines – Fire broke out in an urban community near the Bankerohan Public Market on Wednesday morning razing 60 houses.

The Bureau of Fire Protection (BFP)-Davao confirmed that the fire happened in Baraico, Purok 2, Bangkerohan Riverside, Brgy 5-A at 10:55 am.

Senior Fire Officer 2 Ramil Gillado, investigation section chief of BFP-Davao said that the fire razed about 60 houses, mostly made of light materials, with initial damage placed at around P630 thousand.

At 11:53 am, the blaze was declared under control.

Gillado said they are still looking into the cause of the incident, as per initial information, the fire started on the house of a certain Annie Balaga.

“Based on the account of the homeowner’s child, we’re validating the report that a ceiling fan or other electrical items were left unattended in one of the rooms where the fire said to have started,” Gillado said. (davaotoday.com)