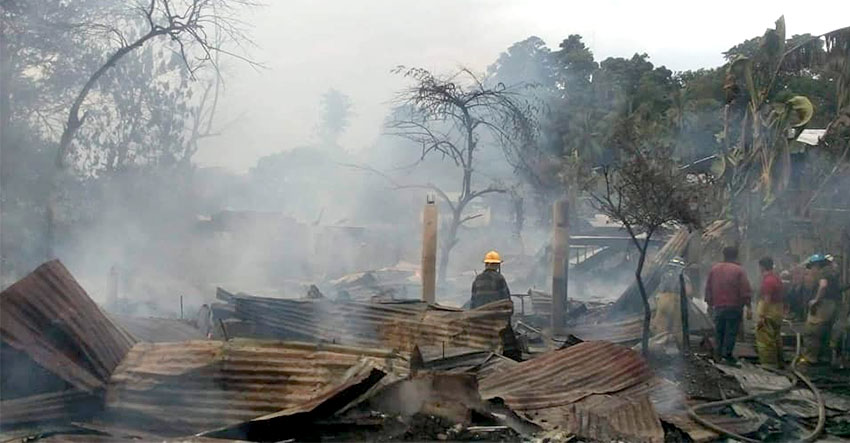 The blaze, which reached the first alarm, started at around 2 PM. It originated from the house of Ricky Limbadan. According to a report from Bangoy Fire Station, the fire was possibly caused by an overheated surplus television set.

A total of 32 families, mostly informal settlers. were relocated to the village gymnasium. The City Social Services and Development Office’s Mobile Kitchen proceeded to the designated evacuation center for food assistance.

In a text message, SFO3 Ramil Gillado, Chief of the Investigation and Intelligence Section of Davao City Fire District, said the fire was under control at 3:40 PM. It was declared out at 4:06 PM.

There was no recorded casualty. Damages were estimated at three million pesos. (davaotoday.com)