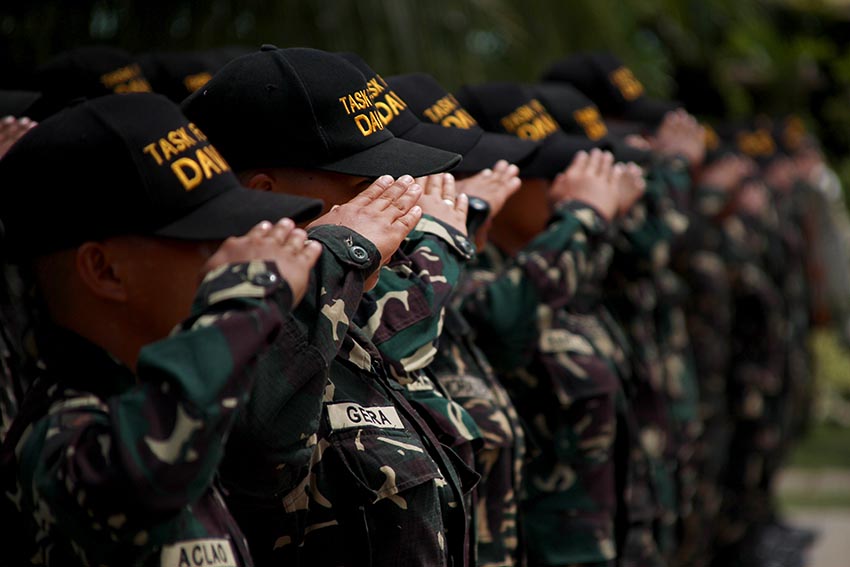 DAVAO CITY, Philippines – The Committee on Peace and Order headed by City Councilor Mabel Sunga-Acosta is currently drafting an ordinance to regulate the use of uniforms of government soldiers and police force in the city.

In a press conference on Tuesday, November 28, Acosta said the item 994 or regulation of uniforms is intended to create a unified mechanism and impose stricter policies on production and selling of uniforms of the different security units in the city, as suggested by members of the City Peace and Order Council.

Sometimes it is used for criminal activities or intimidation. It is not used for the purpose for which it is supposed to be, she said in a media forum held at the Councilors Lounge in Sangguniang Panglungsod here.

The use of military and police and police uniforms and accessories of unauthorized has been prohibited under article 179 of the Revised Penal Code (Illegal Use of Uniforms or Insignia) and Republic Act 493 where wearing, using, manufacturing and selling of insignias, decorations, medals badges patches and identification cards prescribed for soldiers and policemen.

However, Acosta explained that although there are already existing laws regulating the use of uniforms of the members of the Philippine National Police and Armed Forces of the Philippines, the proposed ordinance is needed in order to include other armed forces.

This ordinance intends to fill in the gap for those (security units) who do not have existing policies also including the mechanisms of the AFP and PNP so that when the ordinance comes out were all on the same page, Acosta said.

Acosta cited that only authorized personnel will be allowed to use or buy such uniforms to accredited tailoring establishments.

So I would like to appeal to tailoring shops, you are not allowed to make uniforms especially official uniforms of peacekeeping forces if you are not accredited and those who are unauthorized to buy such will be also be penalized, she added.(davaotoday.com)