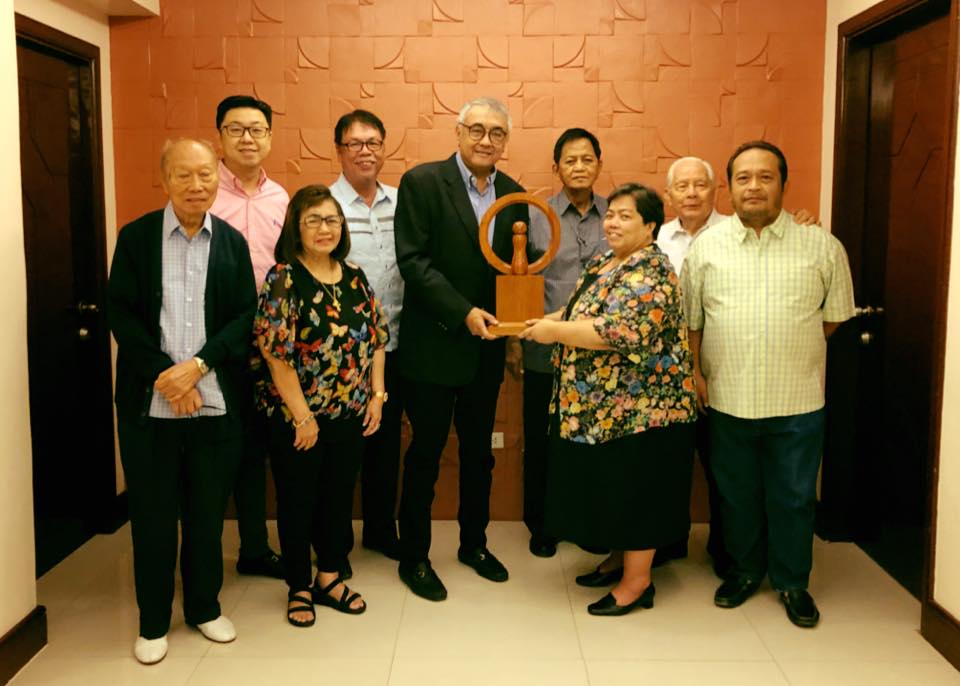 University of Mindanao (UM) Chief Operating Officer Gloria Detoya presents the trophy of the Employer of the Year for Mindanao Award by the People Management Association of the Philippines (PMAP) to the university’s Board of Trustees headed by Chairman and CEO Guillermo Torres (Center). (Photo from the University of Mindanao’s Facebook page)

DAVAO CITY, Philippines – After bagging the first two posts in top notchers list of the June 2018 Criminology Licensure Exam (CLE), the University of Mindanao was honored with the Employer of the Year for Mindanao Award by the People Management Association of the Philippines (PMAP).

The PMAP awards, first institutionalized in 1977, recognizes the outstanding organizations and individuals in both public and private sectors who help in advancing the best personnel and business management practices in the country.

For Mindanao, UM bared the banner of Davao region as part of the top five finalists under the category.

Initially, 32 public and private organizations were nominated, later trimmed to 16, these institutions who were evaluated before naming the finalists.

“We were surprised that we were nominated in the first place,” Reynaldo Castro, Vice President for External Relations and International Affairs said referring to the fact that they were oblivious about PMAP before receiving their nomination letter.

Despite the fact that UM is among the few universities without a labor force union, UM exceeded in the following criteria as identified by PMAP: line management and HR partnership, performance focus, leadership approaches, people engagement and social responsibility.

However, according to Castro, the school does not lack mechanisms to hear out the voices of their employees.

As a matter of fact, their Labor Management Council for teaching and non-teaching staff has been recognized by the Department of Labor and Employment.

Castro went on to say that their application for the Philippine Quality Awards last year could have greatly contributed in their win.

UM will compete with the other regional winners of Luzon, Visayas and the National Capital Region (NCR) for the national title this coming October. Another evaluation of the school’s practices will commence on September.

Annually, the PMAP awards identify three awardees for Employer of the Year, People Manager of the Year, and People Program of the Year.
“It’s a nice opportunity to benchmark best practices from other institutions to create development and improvement,” Castro added.

As released just this Monday, Hana Jane Baritogo Franco of UM Digos ranked first in the CLE while her fellow UM alumni Michelle Binosa Isaloc Langamon of the Tagum branch placed second. The main branch of the university also received the highest overall passing rate amongst all institutions in the region. (davaotoday.com)