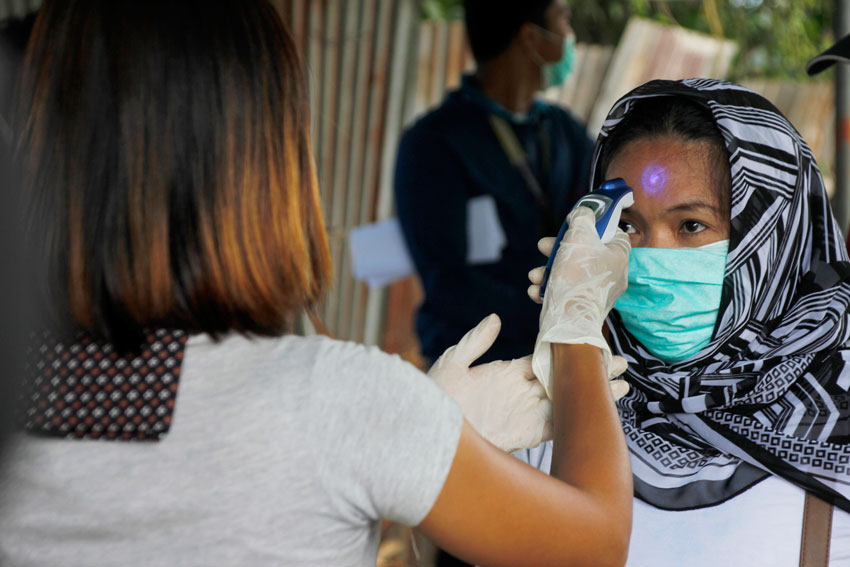 DAVAO CITY, Philippines – Davao City has reverted back to general community quarantine (GCQ) starting November 20 due to the “alarming” rise of coronavirus transmission.

President Rodrigo Duterte made the announcement, following the decision made by the Inter-Agency Task Force for the Management of Emerging Infectious Diseases

National COVID-19 Task Force (NTF) head Carlito Galvez, Jr. said in an interview in CNN Philippines that the 63% increase of infection cases in Davao City in just a week was “alarming”.

The task force will be deploying a Coordinated Operations to Defeat the Epidemic (CODE) to assist in responding to the spread of the infection in the city. This will be headed by NTF Deputy Chief Implementer Melquiades Feliciano, who also headed similar response action in Bacolod and Cebu City where surge in cases happened.

Under the GCQ, residents of the city will only be allowed to leave their homes for work or for accessing essential goods and services. Persons below 15 year old and above 65 years old, especially with health risks, and pregnant women are not allowed to go out.

Work in government offices may be at full operational capacity or under alternative work arrangements. But work in companies such as malls and services shall be limited.

COVID-19 cases rose slowly after the city eased restrictions after the enhanced community quarantine ended by May, as the near 1.8 million people in the city tried to get back on their feet.

The city government tried measures such as reverting the curfew and liquor ban on October, but Dr. Jack Estuart, a pediatrician and former medical director of Brokenshire Hospital noted that cases increased even two weeks into the curfew. He noted that people crowding in public jeepneys in the rush to beat the curfew could have risked more infections.

Cases continue to spike, with Davao City frequently topping the most new cases all over the country. 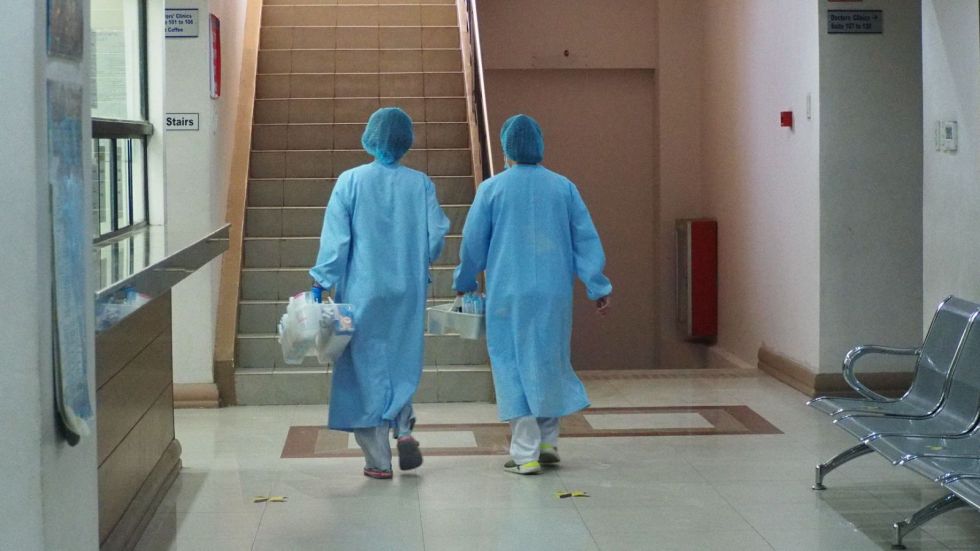 The Davao Medical Society wrote a letter to Mayor Sara Duterte-Carpio on November 11 calling for a 15-day city-wide lockdown, saying that the rise of infections have exhausted the medical community.

The medical group noted the trend of COVID-19 cases has been going “towards an increase in the moderate, severe and critical cases, hence, the hospital is always in full capacity. These moderate cases are also requiring oxygen supplementation and cannot be admitted to the temporary treatment and monitoring facilities,” their statement reads.

DMS noted that the Southern Philippine Medical Center, the hospital designated for treating serious COVID-19 cases, has only 160 beds provided for such cases, and had even treated 165 patients in one span of time. Other patients had already been treated at private hospitals.

The group expressed concern that more patients are doing self-isolation in their homes while waiting for transfer to treatment facilities, increasing the risk of spreading infection to family members by 53%. They said even died in the course of waiting.

They also noted that health workers have also been infected, which leads to a shortage of health workers in hospitals and facilities, and called this situation “disheartening”.

These concerns were validated in the recent report by the Department of Health Davao disclosed in their online press briefing last week, which noted that more than 1,146 health frontliners in Davao Region had been infected in the course of the pandemic since March. Five had died.

Nurses topped the list of the most infected with 296, followed by 133 doctors, nurse attendants with 89 cases, medical technologists at 51, and other health care workers with 103.

The DOH Davao also noted that 34 barangays in the city’s shoreline communities make up 80% of the cases in the past two weeks, a matter that should be addressed by the city’s task force.

The City’s COVID-19 Focal Person Dr. Ashley Lopez earlier said that the rise in cases is “not alarming”, considering that this is part of the DOH’s more active contact tracing and testing.

But Dr. Bernard Chiew, chair of the Philippine College of Physicians external affairs, wrote about these concerns on his Facebook account last November 15, saying “We are not OK”, and this post garnered 1,700 shares.

Chiew noted how the virus has spread rapidly all over the city.

“Almost all barangays have been declared as high-risk areas. Several outbreaks of Covid were reported in several institutions including government offices. SPMC is close to full capacity most of the time,” he said on his post.

“Opening up more hospitals and centers is out of the question since staffing is now a problem. It won’t be long for us to see Covid patients on stretchers outside of hospital entrances waiting for vacant beds or for healthcare workers having to play God in choosing whom to give the limited ventilators to,” Chiew added.

The city government earlier said it would be difficult to impose stricter quarantine because of the need to jumpstart the economy and due to a depleted budget to provide aid. But Chiew pointed out, “If the Davao City Council can allot money for Davao thru the Mayor to extend help to Typhoon victims in Luzon, I’m pretty sure we have the money to help our very own for 2 weeks.

With the general community quarantine now in place, Mayor Sara Duterte-Carpio now said it would be possible this can be extended until the end of 2022.

It is now a matter of time to see how this implementation can give a timeout for the medical community as the city tries to contain and treat the spread of coronavirus. (davaotoday.com)