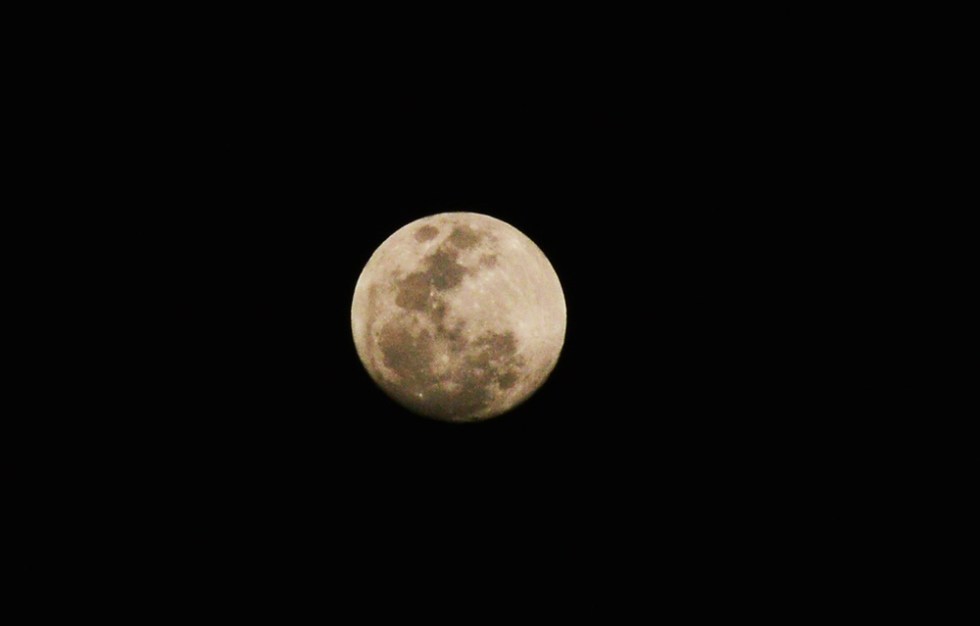 BEFORE SUPERMOON. This photo was taken on January 30, 2018, a day before Filipinos will witness the rise of the “super blue blood moon.” (Medel Hernani / davaotoday.com)

Philippine Atmospheric, Geophysical and Astronomical Services Administration (Pagasa) Davao Region weather specialist Tema Paconie told Davao Today that the moon was not visible due to the cloudy condition of the sky brought by the Low-Pressure Area (LPA) in the Southern part of Mindanao, including the Davao Region.

“We were also dismayed that we weren’t able to see the Super Blue Blood Moon last night,” Paconie said.

However, Paconie said if the weather is favorable, Dabawenyos can still witness the blue moon on March 2 and 31.

Dabawenyos went out of their houses, some took the time to join Davao stargazers organized an observation station at the Abreeza Mall, but was dismayed.

Here are some of Dabawenyo’s comments and reactions on missing the “Super Blue Blood Moon”:

A “super moon” is when the moon is closest to Earth in during its full phase and appears to be 14% brighter than usual full moon while the “blue moon” is the second full moon in a month and a “blood moon” is observed when a full moon appears red during a total lunar eclipse.

PAGASA said the last seen time the said phenomenon was seen in the Philippines 36 years ago on December 30, 1982. Those who missed the chance of witnessing the rare phenomenon have to wait for another 19 years, or in 2037, to witness the next super blue blood moon. (With reports from Mara Genotiva / davaotoday.com)