Amid transport crisis and pandemic, groups suggest what the gov’t should do 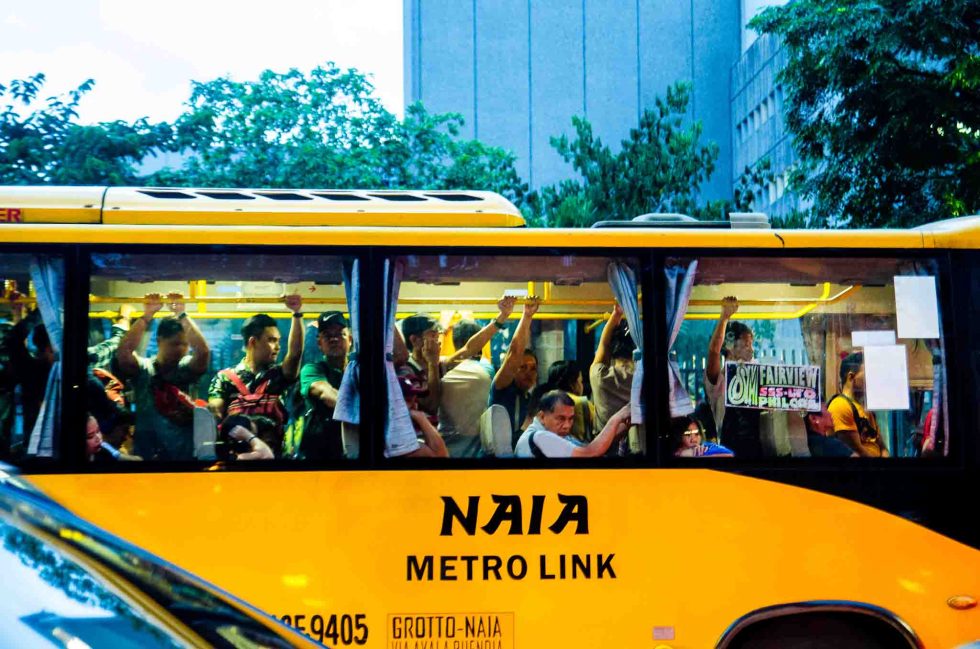 Photo by Maro B. Enriquez/davaotoday.com

METRO MANILA, Philippines – Advocacy groups here have suggested solutions to the country’s ongoing transport crisis, which was made worse by the Coronavirus Disease 2019 (COVID-19) pandemic.

As the National Capital Region transitioned into a more relaxed general community quarantine last June 1, hundreds of commuters waited in the streets or in lines to get a ride. The lack of physical distancing caused Jose Arturo Garcia, Metro Manila Development Authority’s general manager, to comment in an interview with dzMM Teleradyo that “people lost focus” and forgot that the top priority is public health and safety.

Jedd Ugay, a transport economist and the chief mobility officer of AltMobility PH, a transport advocacy group, said that the comment was unnecessary as it did not alleviate the situation of employees who were required to report back to work after almost three months of staying at home.

The government, he said, should have provided sufficient number of public transport and other mobility options, which could have lessened the congestion of commuters waiting in the streets, an avenue that would expose them to COVID-19.

Ugay also emphasized that the government should have tried to reduce the public’s potential exposure to the virus by prioritizing the faster travel time of public mass transportation versus its private counterparts.

“It’s sad to say that our policies on traffic are more geared towards cars. The problem is, 88% of households in Metro Manila do not own a car. With this, there should be more consideration given to those who use public transport and bikes,” he explained.

In contrast, the data released in 2015 by the Pew Research Center said that bikes are more common worldwide than cars. Among the 44 countries surveyed (including the Philippines), a median of 42% of households said they had a functioning bike in their home.

In order to address the mass transport crisis, AltMobility recommended to shift public utility vehicle (PUV) operators from the boundary system, which depended on passenger revenues, to a service contract arrangement.

“Now is the opportunity to shift to what other countries are doing. With a service contract, the operators won’t need to worry about the number of passengers they can accommodate. What matters is if the drivers observe the provisions of the contract, like social distancing measures, adherence to schedule, et cetera,” Ugay explained.

And as a precaution to curb the further spread of COVID-19, Ugay noted that it is also important to include a fare collection system, preferably a cashless one, in the contract’s provisions, “so we can minimize physical contact, which will also lessen the spreading.”

Meanwhile, the Move as One Coalition (of which Ugay is the spokesperson), proposed a 110 billion-peso urban mobility support package that will be implemented in three stages and spent over three years, if approved.

The coalition released an infographic that detailed the order in which the stages will be enforced, and the amount needed for each: 30 billion, which will be allotted to 3,000 buses and 15,000 other PUVs through a six-month service contract; 10 billion for walking and cycling infrastructure, and bike sharing programs; and 70 billion for COVID-19-ready bus stops, PUV-only lanes, and terminals.

The group also warned of the consequences, should the government fail to address the transport tcrisis, such as the endangerment of the safety and mobility of households that do not own cars, and a projected annual economic loss of P430 billion.

“It’s not just to blame the commuters for crowding or forgetting to distance themselves; because they only do the best they can in a system that was made available to them. If you give Filipinos enough public transportation, there would be no need for ‘undisciplined’ actions,” Ugay noted. (davaotoday.com)