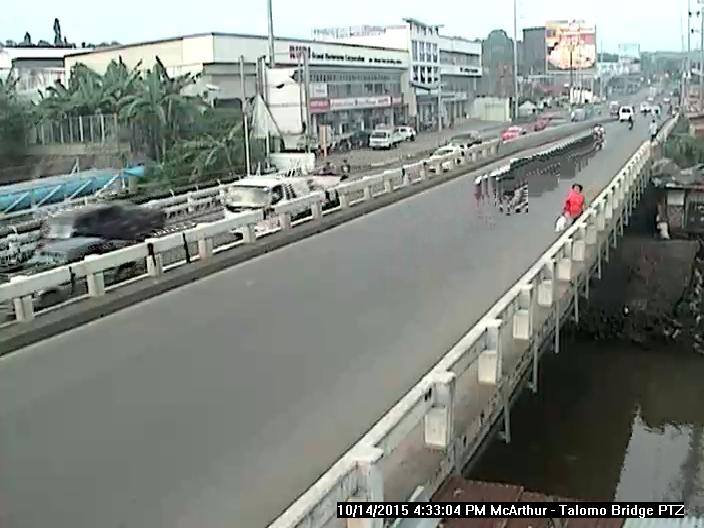 DAVAO CITY, Philippines – After a day’s worth of observing the dry-run of the one-way traffic scheme for the proposed widening of Talomo Bridge 2, the City Transport and Traffic Management Office (CTTMO) has decided to put on hold the project until all other road development in the area are completed.

According to CTTMO head Dionisio Abude, the planned three-day dry run was cut short after Wednesday’s traffic jam disrupted the schedules of commuters and motorists traveling into the city from the south.

“We apologize for yesterday’s inconvenience. We only want our city to be attractive and efficient for our tourists, businessmen, students and employees,” Abu uttered in vernacular.

Despite efforts to mitigate the expected congestion such as the installation of traffic advisory signs and directional posts around the alternate routes for public awareness, the standstill was still grave since some roads around the area were also under construction.

In the CTTMO’s report on the said dry-run, Abude said that they advised the Department of Public Works and Highways (DPWH) to assure that all other projects along the area such as the repair of Levi Bridge and Nanum Bridge, and the widening along diversion road, should be completed first before they approve the proposal.

There was also a recommendation for some Davao Light and PLDT posts to be relocated and fixed because of the existence of low-hanging wires for the convenience of big trucks.

The closure of Talomo Bridge 1 and the execution of the traffic plan was the office’s response to the request of the DPWH, the agency tasked to survey the viability of the strengthening of Talomo Bridge 2.

After the submission of the report for Wednesday’s dry-run, a meeting will be scheduled with the concerned agencies to discuss the next plan for the proposed project.

In addition to the activity yesterday, the CTTMO is still on the process of setting up the parameters for the 20-second parking rule for vehicles to load and unload passengers.

The yellow loading and unloading boxes along San Pedro, C.M Recto and Magallanes have been reestablished in preparation of the implementation. These stops will be manned by CTTMO officers to monitor the bay traffic.

Supplementary posts and signs will be put up along major roads within the city and in one week’s time, traffic enforcers will be giving out citations for violators.

Private businesses were also reminded of their responsibilities to provide parking spaces for their costumers and workers, and to stop resorting to using the public road as their own garage.

This initiative is in compliance to the City Traffic Code mandate which authorized the CTTMO with the task to ensure that the public highway is not utilized as a mere parking space for both public and private drivers. (davaotoday.com)