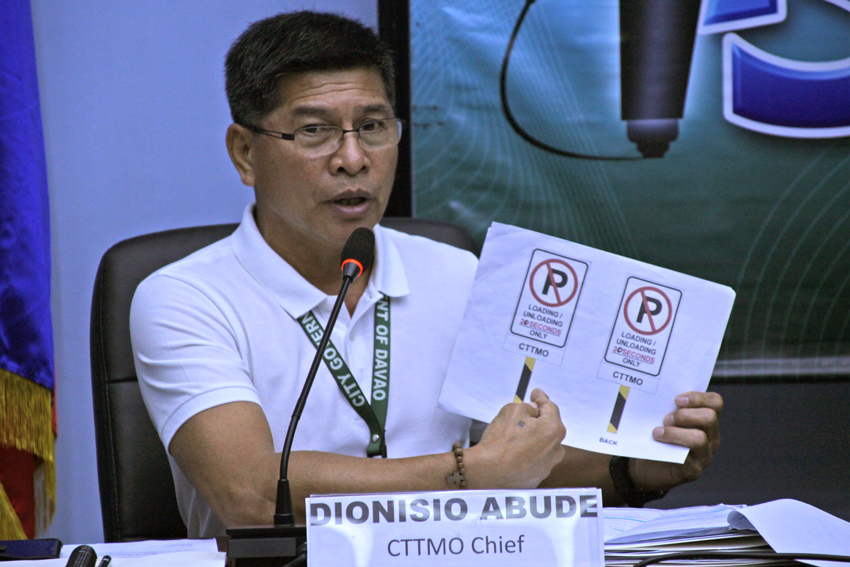 DAVAO CITY, Philippines – The City Transport and Traffic Management Office (CTTMO) will soon implement a 20-second parking period for public vehicles to embark and disembark their passengers along the streets of Davao City.

“The Traffic Code prohibits parking in highways during certain hours thus, giving the CTTMO the authority to post traffic signage that informs drivers that loading and unloading along the road can be done up to a certain period only,” CTTMO Chair Dionisio Abude said in vernacular.

The ruling will be implemented once they install the posts and signage.

The yellow boxes on the roads intended for parking are also currently being repainted in compliance to the said rule. Noticeably, these boxes have gradually been neglected by both commuters and drivers alike.

Streets such as Magallanes and San Pedro are often the site of vehicular parking that crowd up the lanes resulting to congestion of traffic in the area.

“Our street is for general public use and thus must not be claimed as a private parking area for commercial and business establishments,” Abude said when asked about the parking problem in the said areas.

The amendment of Section 188 of the City Ordinance 0334-12 emphasizes the responsibility of commercial and business establishments to put out a Parking-for-Customer-Use-Only sign to reserve parking slots exclusively for their customers.

Additionally, Abude announced a scheduled traffic reroute this June 20 – 22, 2018 as a dry run to test the traffic scheme designed by the CTTMO to prepare for the proposed widening of Talomo Bridge 2 by the Department of Public Works and Highways.

Advisory signs for the reroutes will be posted along eight areas along the bridge’s connecting roads while directional signs will also be displayed for the general public. (davaotoday.com)