DepEd XI: No suspension of class opening on June 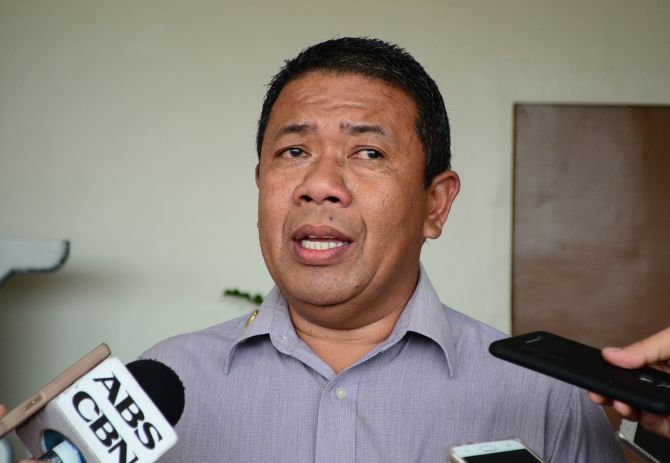 NO SUSPENSION. Department of Education Region 11 spokesperson Jenielito Atillo says the opening of classes will push through on June 5 amid Martial Law in Mindanao. (Robby Joy D. Salveron/ davaotoday.com)

DAVAO CITY, Philippines –The Department of Education (DepEd) Region XI announced on Thursday that there will be no suspension of class schedules during the school opening amid the declaration of Martial Law in Mindanao.

DepEd XI Spokesperson Jenelito Atillo said that they have been bombarded with calls and messages concerning the possible suspension or alteration of class schedules after reports about Martial Law in Mindanao came out.

“We are saying now that we are not going to suspend anything. Schedule of classes will continue on the fifth of June,” Atillo said in May 25, in a press conference held at the City Hall.

Atillo expressed the department’s full support on the declaration of President Rodrigo Duterte to curb terrorism spillover from Marawi to adjacent areas.

“Actually it is a challenge since we will be opening the classes on June 5 and this will be the first time especially the youth to experience martial law,” Atillo stressed.

He urged the parents to enlighten their children and provide them appropriate information of the current situation.

Atillo said the department will also ensure the safety of the students especially in the opening of classes. He stressed that the department is also ready to follow the guidelines to suit the current situation.

“We will convene with other government agencies involved with the opening of classes. We will harmonize our strategies,” he said.