Public schools to tighten security measures on opening of classes 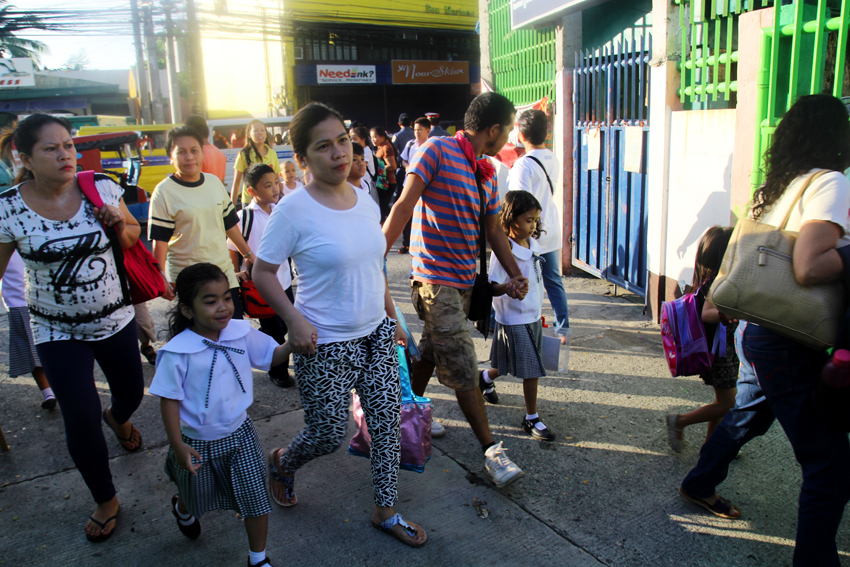 DAVAO CITY, Philippines –Big public schools in the city have set stricter security measures to ensure the safety of the students as classes open on June 5.

“We really would like to ensure that we have tight security. We’ve already instructed our security personnel to check whatever there is to check,” Bete said. He said they are expecting not less than 11,000 students this school year including junior and senior high school.

Bete said the implementation of Martial Law have made them feel safer. He mentioned the zero crime rate recorded in the city days after martial law was implemented in Mindanao.

According to Bete, aside from the security guards the school provides, the city government has also assured them that they will be deploying five additional civil security unit personnel (CSU) when classes start.

Bete said specific actions will be undertaken to secure the students especially senior high school students since their classes will be from12 noon to 9 p.m. “We will be issuing IDs and require students to wear prescribed uniform for their security,” he said.

Apart from the uniform and IDs, Bete said they are also planning to limit the number of vehicles that will be entering the campus.

He further urged the parents to monitor their children especially that Martial law and the ‘Hold and Secure’ is being implemented in the city. Although no curfew has been imposed, students areencouraged to go home right after class.

“(Davao) City high will be safe on the opening of classes. Because of Martial Law we feel safer, we feel more secure,” he said.

“Same scheme. We’ll secure the gates by implementing strict inspection especially on students’ bags. I’m sure there will also be an increase in police visibility,” Dalugdog said.

In a press conference on May 25, DepEd XI Spokesperson Jenelito Atillo said that ‘there is no threat to education’ because of Martial Law. He called the opening of classes ‘extra special’ because of the declaration.

Atillo said that the department will be collaborating with the other government and private sector to ensure that the opening of classes will be normal and safe.

“We will convene with all the other government agencies that are involved with the opening of classes.  We will harmonize our strategies and plans with them so that we can have one course of action, and we’ll be working with the same frequency,” Atillo said.(davaotoday.com)