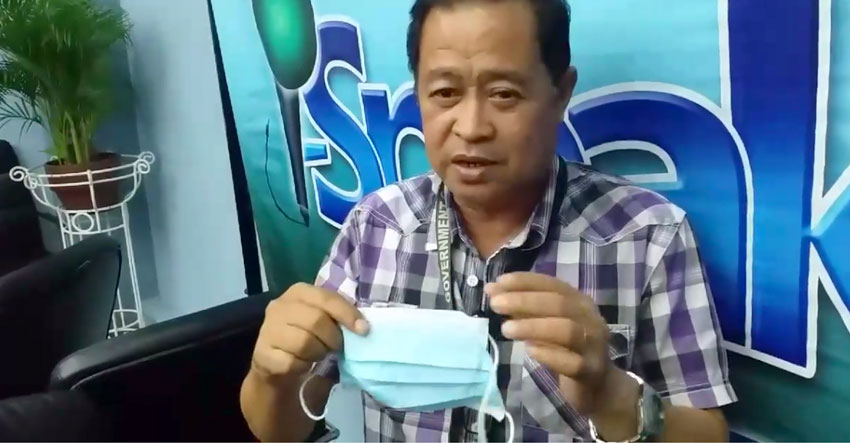 DAVAO CITY, Philippines – The City Health Office (CHO) has dismissed the rumor that there are already patients with confirmed cases of Novel Coronavirus (2019-nCoV) in this city.

The CHO, he said, placed seven persons under monitoring and placed one person under investigation (PUI) after their recent out-of-the-country trips. But he clarified, these persons did not show manifestations of the deadly virus and were advised for home quarantine within 14 days.

“They went to the hospital for check-ups and upon series of tests, there are no manifestations of coronavirus,” Gulanes said.

Based on CHO data, a Chinese national was placed under investigation last January 27 after suffering from colds and cough. He traveled from XinJin, China.

The health office has tightened measures against the infection and is closely coordinating with the Bureau of Quarantine on screening the public at all entry points, especially in Francisco Bangoy International Airport which receives daily domestic flights and international flights from Hong Kong, Singapore, Manado, and Quanzhou.

Despite requests to put up thermal scanners at all entry points and terminals in the city, the CHO said purchasing these is “costly.” They are studying, though, the possibility of using the electronic thermometer as one precautionary measure against nCoV.

Earlier, the Southern Philippines Medical Center denied rumors circulating in social media that nCoV patients were admitted in their facility. The hospital management has assured the public they have enough number of trained people and their isolation facility is ready when needed.

The 2019-nCoV was recently discovered in Wuhan City, Hubei Province of China. The clinical signs and symptoms of the patients reported in this cluster are mainly fever, with a few patients having difficulty in breathing and chest radiography showing bilateral lung infiltrates. (davaotoday.com)