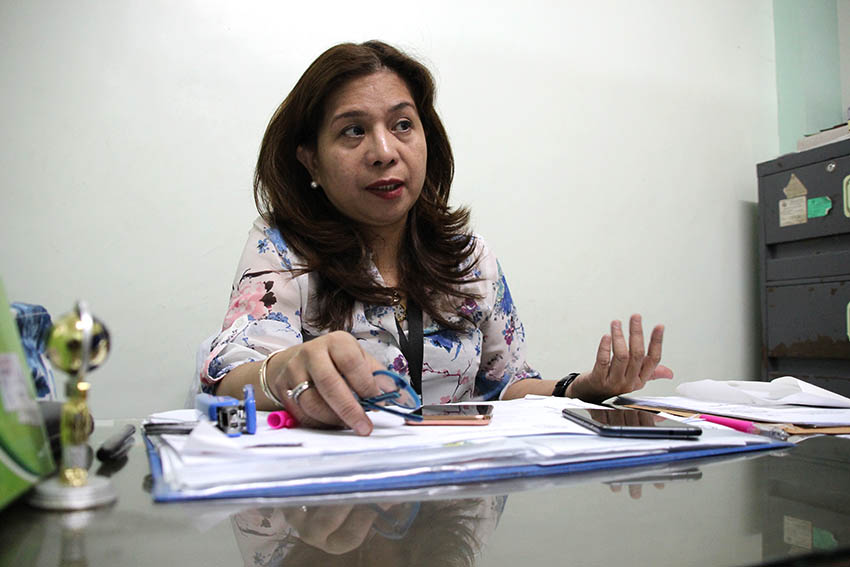 DAVAO CITY, Philippines — The City Health Office here says at least one new case of HIV/AIDS is recorded daily in the city.

Dr. Josephine Villafuerte, City Health Officer, said there are more than 30 cases of HIV infection recorded a month during the later part of 2016.

Based on the data of the Department of Health, there are 366 new cases of HIV/AIDS in Davao City from January to October 2016. This brings the total number of HIV/AIDS from 1984 to present to 1,793.

“This is the young reproductive age where people explore more of their sexuality and it’s also the economically productive age,” said Dr. Jordana Ramiterre, head of the Reproductive Health and Wellness Center, an agency under the CHO in Davao City.

Meanwhile, Ramiterre  attributed the increasing number of HIV cases to the government’s active campaign  on the prevention, testing  and education of HIV/AIDS.

The RHWC caters to 400 to 500 patients who took the HIV tests a month, including residents from outside Davao City.

Ramiterre said they also have a peer education program wherein men who are having sex with other men (MSMs) educate their peers and encourage them to be tested.

She added that the current driver of the rising number of HIV cases is MSMs.

“It takes a while before the symptoms show. People may have the infection and not know that they are infected,” Ramiterre said.

She said the symptoms take five to 10 years, depending on the lifestyle.

“If they realize that they may have been infected because of risky practices, then they are encouraged to be tested to know their status,” Ramiterre said.

“People will value that in terms of maintaining that negative status and know how to protect themselves in the future,” she added.

Those who tested positive undergo laboratory tests to find out what stage he or she is in.

If a patient is positive, anti-retroviral drugs are given, which can be done outpatient basis depending if he or she does not have symptoms.

Ramiterre said they do a battery of laboratory tests, including the CD4 count which measures the number of CD4 cells in a blood sample.

“Through this we can find out the immune status. This is the first to go down even if a person does not manifest any symptoms yet,” she said.

“There is treatment and treatment is available for free,” said Ramiterre.

Ramiterre said stigma and discrimination remains high, particularly in the testing itself.

She said there are still a lot of people who are afraid to have themselves tested and know the results.

Because of fear, the access to services gets difficult, said Ramiterre.

“We still need to encourage people to have themselves tested and of course there’s that behavior of this generation where people are more explorative and have an early sexual debut,” she said.

She noted that the community still lacks knowledge on reproductive health, prevention of sexually transmitted infections and HIV, responsible parenthood and peer pressure which will help in preventing risky behaviors.

Ramiterre said the integration of those information to schools are also lacking especially on the adolescents.

Since January to October, there are also two patients whose age are below 15 years old.

Ramiterre said it is a challenge to get the whole picture since minors cannot be tested unless they have their parent’s consents.

But Ramiterre said most minors do not talk to their parents about their “risky behaviours.”

Villafuerte said the increase could be attributed to the campaign of the health department to be tested.

Villafuerte said Davao City is pioneering a community-based monitoring of reactive and non-reactive test for HIV cases, a project with the international non-government organization Save the Children, which started last year.

“Usually when we perform HIV-testing, it takes months or weeks before you get the result. Sometimes, when the result comes out, the patient will no longer come back to get it,” she said.

“What we did is to make a study, we’re doing it in the community. We found a lot who turned out to be positive,” Villafuerte said.

Villafuerte said there are now more than 100 patients under medication at the city’s Reproductive Health and Wellness Center.

She added that the confidentiality of the person who tested positive is kept as the blood samples are only identified through numbers and not the names.

AIDS is a clinical stage wherein the immune system of a person has been affected by the HIV virus and one already shows signs and symptoms including weight loss, hair loss, rashes, diarrhea, among others. (davaotoday.com)