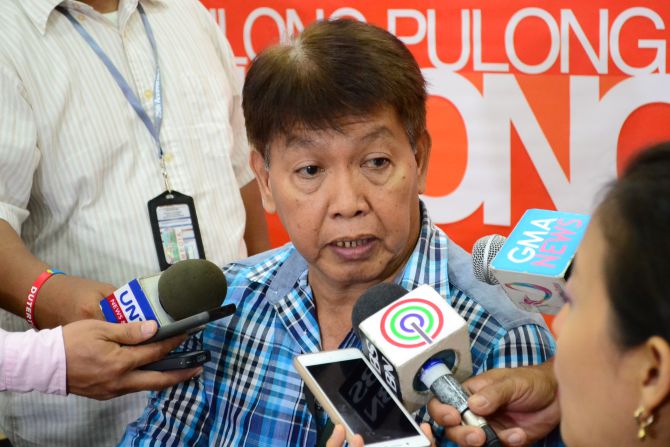 Voltaire Engracia, Interim Vice Regulation Unit Chief says more than 6,000 violators of the Anti Smoking Ban ordinance in Davao City were apprehended from April 12 to May 20, 2017. Engracia made the announcement in a press conference at the Sangguniang Panlungsod on Tuesday, May 23. (Robby Joy D. Salveron/davaotoday.com)

DAVAO CITY, Philippines—At least 6,483 individuals were apprehended in just a month for smoking in public areas despite the city’s intensified enforcement of the law.

Despite the large number of persons nabbed, Interim Vice Regulation Unit Chief Voltaire Engracia said they are doing it gradually and assured the public that they will continue to enforce the city ordinance to become a “smoke-free city.”

Under Republic Act 9112 or Tobacco Regulation Act, some violators could render community service or outreach.

Engracia said that to further strengthen the law enforcement, the unit is currently communicating directly to barangay level.

“Right now we are still on the organizing phase in barangays. Last time, I lectured 55 barangay officials for them to become inspectors with the support of barangay captains and other officials,” Engracia said.

The inspectors were taught about the law and how to implement it. “We are hitting the first 50 barangays and I am optimistic for others will be supporting too,” Engaracia said.

City Councilor Mary Joselle Villafuerte said smoking has become more of health problem and it would be very difficult to stop.

“It is really a health problem. Nicotine is highly addictive that is why smokers have difficulty to stop,” she said.

Villafuerte said that the police projected that if all violators will be able to pay the corresponding fines, the city could earn from P3,000,000 last year to as much as P22,000,000 this year. (davaotoday.com)