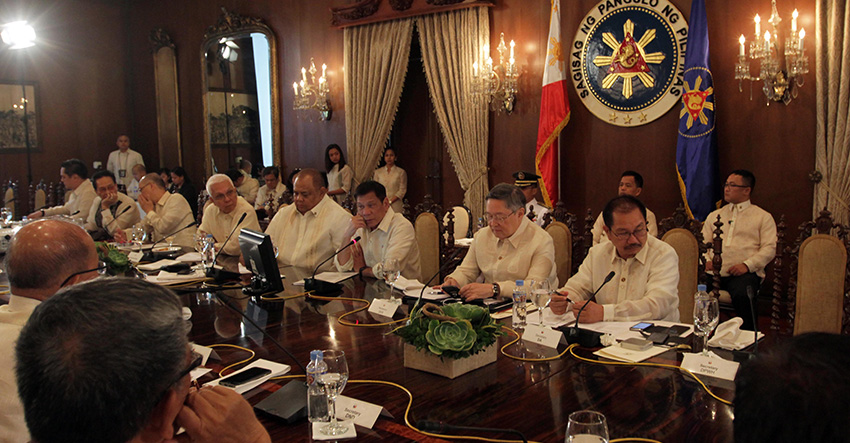 DAVAO CITY – Newly-inaugurated President, Rodrigo Duterte, said that he is sending Health Secretary Paulyn Jean Ubial to Cuba to learn how they are running their health service.

During his first meeting with the members of his Cabinet, Duterte said the Philippines could copy Cuba’s good practices in its welfare system as Filipinos continue to suffer from the inaccessible health care service.

Duterte cited the experience of doctors from the Philippine General Hospital who complained that they themselves would shell out money to help patients buy the medicines.

He said if Pagcor’s billions of profits would be allocated to fund health services it “would go a long way to provide relief to almost every Filipino” especially to those who cannot afford to buy medicines.

“That’s why I’m sending Secretary Ubial to Cuba. So kung sinong gustong pumunta, that has something to do with human welfare, they have a good practice there and if you guys want to go there you can go, I will allow you,” he said.

“They had perfected a welfare system for all na ba ka makopya natin (that we could copy),” he said.

In a case study titled “Cuban experience with local production of medicines, technology transfer and improving access to health”, which was published in 2015 by WHO,  enlisted the Cuban Government’s changes made in the health sector, which developed prevention of diseases.

“Health activities to fight infectious diseases were carried out nationwide, among them the national polio vaccination campaign; this activity, held annually since 1962, has eliminated polio in Cuba, an achievement officially recognized by the Pan American Health Organization (PAHO) and the (WHO),” it said.

Cuba, in 1966, “created the first health science institutes in specialized hospitals.” The country’s health system was “conceived as a fully integrated national system.”

In a statement on June 8,2016, WHO said Cuba was the first country to be validated for having successfully eliminated mother-to-child transmission of HIV and syphilis in 2015.