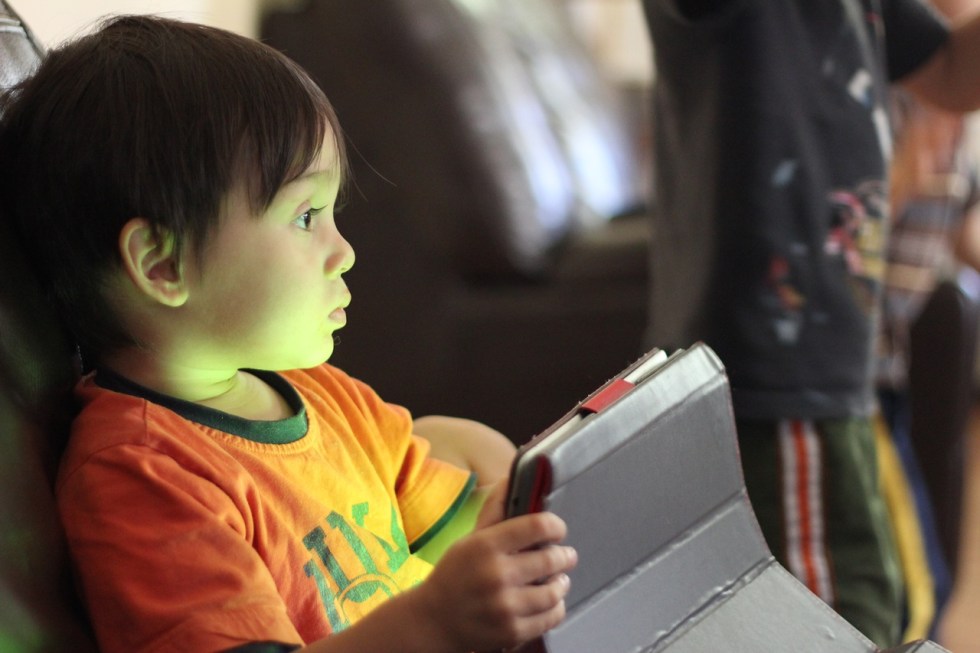 DAVAO CITY, Philippines – Parents who easily give in to their children’s wishes of using cellular phones, tablets and other digital devices should think twice.

This as eye experts here said children as young as five years old are now experiencing eye problems due to early exposure to digital devices.

Nannette Casiño, licensed optometrist of George Optical Inc., told reporters in a press conference that the age bracket of those who have eye defects has gone younger, an effect brought by the so-called digital era.

“Before, eye problems and the use of glasses are common to people aged 40 years old and above, but now it has affected the younger generation,” Casiño said.

She added that “nearsightedness which is a common refractive error in the eye, used to only affect children whose parent has it (genetic predisposition).

However, noticeably “it is currently acquired through digital technology.”

Casiño explained that “prolonged exposure” to digital devices such as computer, phones and tablets causes “digital eye strain”, a physical discomfort felt after using screen gadgets longer than two hours. This is suffered by both children and adult.

Based on a 2015 report from market research firm Childwise, children aged five to 16 spend an average of six and a half hours in front of a screen, that includes watching television, playing game consoles and the use of other mobile devices.

Casiño said it is best advised that parents should not let their children use these devices especially to children aged five years old and below.

“As much as possible, it’s better that they will not be exposed to gadgets,” she said.

If parents can’t prevent their kids from using gadgets, Casiño said that the time of use should be regulated and children may also use eyeglasses with blue-light protection to protect their eyes from harmful rays emitted by digital screens.(davaotoday.com)