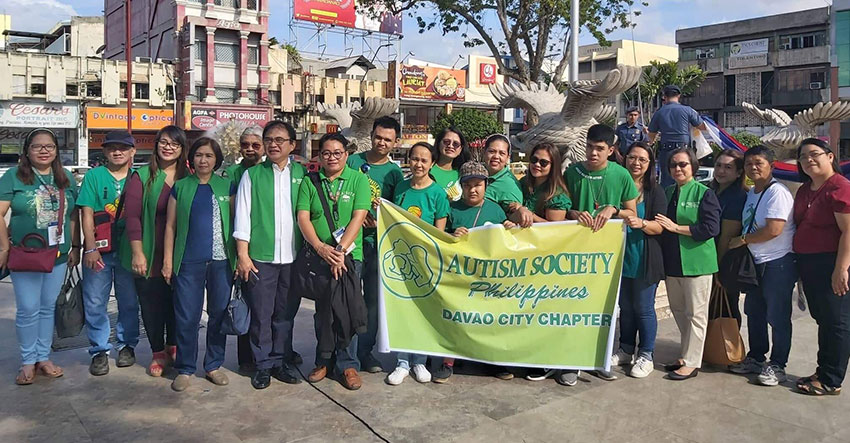 DAVAO CITY, Philippines — People with autism need government to support funding for therapy and evaluation, raising awareness and opening doors for their employment.

This was raised by the groups Autism Society of the Philippines (ASP) – Davao chapter and Rainbow Intervention Center for Autism (RICAFI) in a press conference Monday in line with National Autism Awareness Week.

Uswaldo Parreñas, ASP-Davao chapter president, said that as they are campaigning for public awareness, the government from national and local units should also put extra effort to give assistance to people with autism.

“We have minimal support coming from the government. That is why it is important to continue to campaign,” said Parreñas.

Febe Matthews, a member of ASP-Davao, agrees saying having a child with autism is costly that many parents think twice about bringing their children to the physician for the recommended twice-a-year evaluation.

“Because of the stigma and cost of medication, some parents are hesitant or afraid to see a doctor for the good of their children,” she added.

The consultation fee for evaluating a child with autism is usually done twice a year and costs a minimum of P3,500. There are also added costs for therapy sessions about twice a week.

Autism, as defined in the website of Autism Society, is “a complex, lifelong developmental disability that typically appears during early childhood and can impact a person’s social skills, communication, relationships, and self-regulation.” Early diagnosis and therapy are helpful in improving these children.

The ASP said their group has 80 members diagnosed with autism, aged from three to 30. But they said there are still more children in the city and the region who fall under the spectrum, and needs medical help.

The ASP said one of the limitations in treatment of autism is the lack of doctors called neurodevelopment pediatricians who specialized in this field. There are only three of these doctors in Davao City.

Matthews said their group has been proposing the Southern Philippine Medical Center (SPMC) to fund developmental doctors for children with autism. She said a lot of parents cannot afford to see a private doctor for their children.

“We tried to talk to Dr. [Leopoldo] Vega [medical chief of the SPMC] about our concern and we are still waiting for our dream to happen,” Matthews said.

Another issue raised by Imelda Rendon, executive director of RICAFI, is for inclusion of people with autism in the workforce

She note that currently, there are four people with autism hired as employees in Davao City, two in SM City Davao and two in SM Savemore-Bangkal.

Rendon said this number is too small and that their organizations are encouraging private entities and government agencies to create programs for people with autism.

She said most people with autism have very good memorization, organizing and classifying skills, which are valuable to grocery stores and various offices.

“Employing people with autism is a way of showing our acceptance of their condition as well as our accommodation and appreciation as they struggle to be part of the community,” said Rendon.

The ASP-Davao also hopes to make a partnership with the local government of Davao in giving people with autism a space to work in the city government. (davaotoday.com)