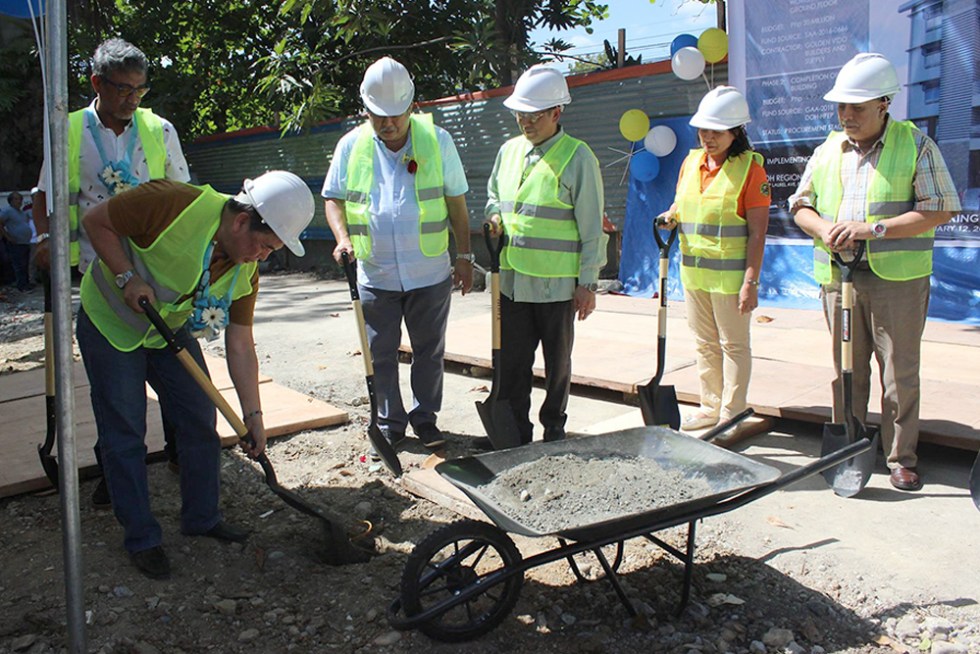 DAVAO CITY, Philippines – The Department of Health (DOH) allocated a total of P79.7 million for the construction of the five-story Quarantine Station building in the city.

The projec​t ​will position the department to ​counter outbreak and spread of infectious diseases, emerging and re-emerging diseases and public health emergencies.

​O​f the P79.7 million budget, P20 million is set for the first phase of construction which includes the construction of the ground floor and second floor slab while the remaining budget will be for the completion of the building​, said ​Abdullah B. Dumama Jr., regional director of DOH 11

“We hope that the building will be finished by November within this year if there will be no glitches,” Dumama told reporters on Friday, January 12, after the groundbreaking ceremony held at the Bureau of Quarantine Regional Office Compound in Magsaysay Avenue here.

The quarantine station will be built on a 270 square meter land area ​and ​will consist of offices for quarantine officials and isolation rooms and beds for suspected patients, Dumama said.

“As ​many as 20 suspected patients will be accommodated,” Dumama added.

Dumama cited the Ebola virus scare in the city back in 2014 whe​n​ suspected patients were catered in Southern Philippine Medical Center (SPMC) and a lot of complaints were received by the department.

​​”Maalala niyo sa SPMC lang nilagay ​(You remember that they were sent to the SPMC) ​and there were complaints from the people we isolated and I hope this building will address all of that,” he said.

Apart from the Davao City, Dumama, who is also the assistant secretary of health in Mindanao said three more stations will be put up in other areas namely General Santos, Cagayan de Oro City and Zamboanga City, all under the Health Facilities Enhancement Program (HFEP). (davaotoday.com)