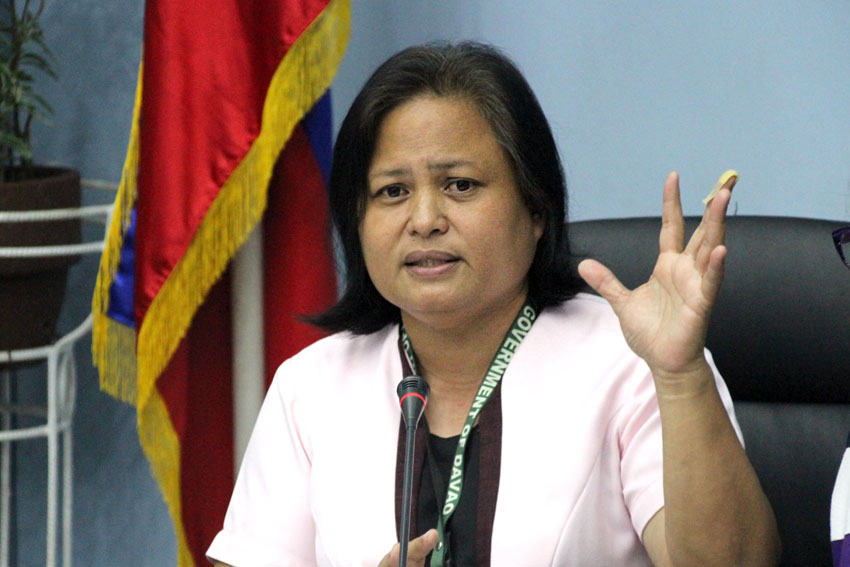 Elizabeth Banzon, chief of the CHO’s Nutrition Division observes that families in far flung communities doesn’t have a well-balanced diet due also to poverty, which affects the child’s nutrition. (Ken E. Cagula/davaotoday.com)

DAVAO CITY, Philippines — The highest incidence of acute malnutrition among children remained to be recorded in far flung communities in Paquibato District, according to City Health Office (CHO) Nutrition Division on Thursday.

Based on the data from the 2019 Operation Timbang, three barangays in Paquibato topped the list in terms of prevalence rate for under-five children that are wasted, and/or severely wasted, namely Brgy. Sumimao(18.64%), Pandaitan(10.1%), and Colosas(6.78%).

According to the World Health Organization (WHO), wasting in children “is a symptom of acute undernutrition, usually as a consequence of insufficient food intake or a high incidence of infectious diseases, especially diarrhea.”

“Wasting in turn impairs the functioning of the immune system and can lead to increased severity and duration of and susceptibility to infectious diseases and an increased risk for death,” it added.

Eloisa Simbajon, Nutrition Officer II explained that a child is wasted if its weight that for his height.
Next to the barangays in Paquibato, are Brgy New Carmen, Tugbok District, (6.33%) and Brgy Gumitan, Marilog District. (6.15%)

But the prevalence rate of wasting in the whole city, according to Simbajon, is still not alarming which is only at 0.72 % in 2019.

Around 189 thousand children in various barangays were counted in to this year’s Operation Timbang of the city government which was conducted on January to June.

Elizabeth Banzon, chief of the CHO’s Nutrition Division said, during an interview in the sideline on Thursday, that families in far flung areas don’t have a proper diet due also to poverty, which affect the child’s nutrition.

“If you would go to the area, you would see that they don’t have what we called a well-balanced diet,” Banzon said.

As an intervention, she said that barangay nutrition scholars (BNS) would often visit and monitor these malnourished children in the communities, where they also provide supplemented feeding.

Severely malnourished children who suffered from complications, Banzon added, may be referred to their office to help facilitate them to the Southern Philippines Medical Center (SPMC) for treatment.

In the 2018 National Nutrition Survey, Davao Region has an undernutrition prevalence rate of 3.6% among zero to five-year-old preschoolers. (davaotoday.com)