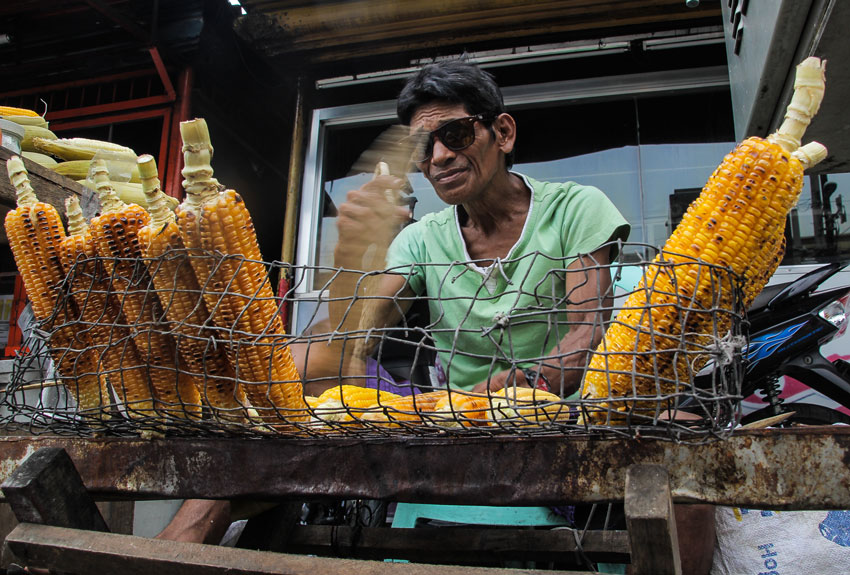 DAVAO CITY, Philippines—The imposition of Martial Law in Mindanao is taking a heavy toll on small businesses operators in this city.

A random interview conducted by DavaoToday revealed that Martial Law has affected the business operations with sales plummeting drastically.

“Our business operation was affected. My income was only P40 that day when Martial Law was declared. The place was almost empty. Store owners closed their stores very early,” ambulant vendor Belen said in an interview.

Belen, who sells a corn along Ramon Magsaysay Avenue here said that her income was meager when compared to ordinary days.

However, Belen said that the decrease in her income lasted for only two days since people are back on their daily routine.

She believes that the declaration of Martial Law including the “hold and secure” order issued by Mayor Sara Duterte have “scared” the public.

Ice cream vendor Rowell Lamparas, 30, said that his income was meager because only few people are roaming around the city.

Meanwhile, the City Tourism office reported a total of P20 million revenue loss from May 24-27, three days after Martial Law was declared.

City Tourism Operations Officer Generose Tecson said that this might have been the result of the stigma that people felt after the declaration.

“In the declaration of Martial Law, the reaction was because of the stigma of the Martial Law before and they don’t look at the actual situation right here in Mindanao. We have to show that Martial Law is different right now especially here in Davao,” she said.

Although the vendors did not ask to lift the implementation of Martial Law, they hope that business resume to normal operations and that the government will see how the declaration affects small businesses like them. (davaotoday.com)
comments powered by Disqus