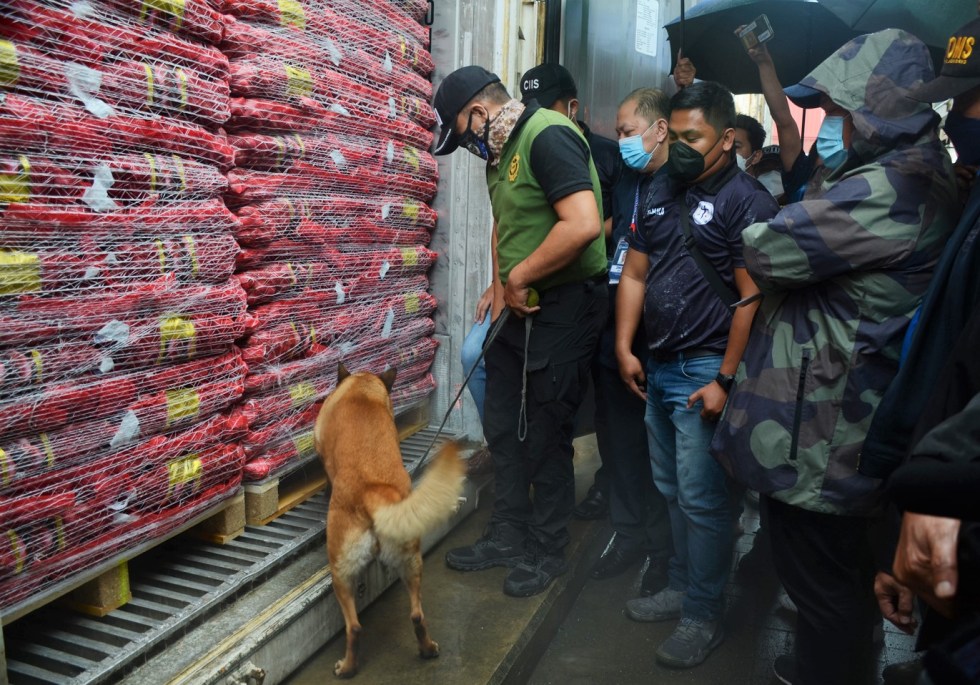 The illegally imported red onions with estimated value of P57 million in pesos had been intercepted at the Mindanao Container Terminal (MCT) sub-port in Tagoloan, Misamis Oriental.

Tipped by the Special Task Group on Economic Intelligence (STG-IE), the BOC-10 inspected the container vans and found red onions instead of the declared cream, flavored nuts and other food products.

“This is technical smuggling. This is not the first time that we intercepted smuggled red onions. R2H Trading’s last cargo was in November 2020,” MCT sub-port collector John Simon said.

Laciste said it is the role of the economic intelligence group to address price manipulation, smuggling, hoarders and profiteers during pandemic like COVID-19.

In a cursory search on the internet, the Philippines Trade Data showed R2H Trading is based in Cebu City and imports unglazed ceramics.

Oliver Valiente, chief of the Customs Intelligence and Investigation Service (CIIS) in Northern Mindanao, confirmed that BoC does not have R2H Trading in its list of accredited consignees.

Laciste said these smuggled onions from China poses harm to the country’s agriculture.

Previously, there were already 14 units of 40-foot cargo container vans intercepted at the MCT this year with an estimated worth of P90 million in pesos of smuggle red onions.

Ermedio Abang, Department of Trade and Industry (DTI-10) officer-in-charge, said flooding the local market with smuggled onions will harm the income of the farmers as it could also be hazardous to the local crops.

According to lawyer Roswald Joseph Pague of BOC-10, this year alone, they have filed 25 cases against smugglers in the region.

“The cases are in court, some are still awaiting arraignment,” Pague said.

Laciste said that they are going to file cases against the consignee and will order the Customs to destroy the smuggled onions.

He said the shipment does not have the required sanitary and phytosanitary inspection clearance, which is a mandatory requirement to ensure that the agricultural products are not health hazard and free from harmful pests.