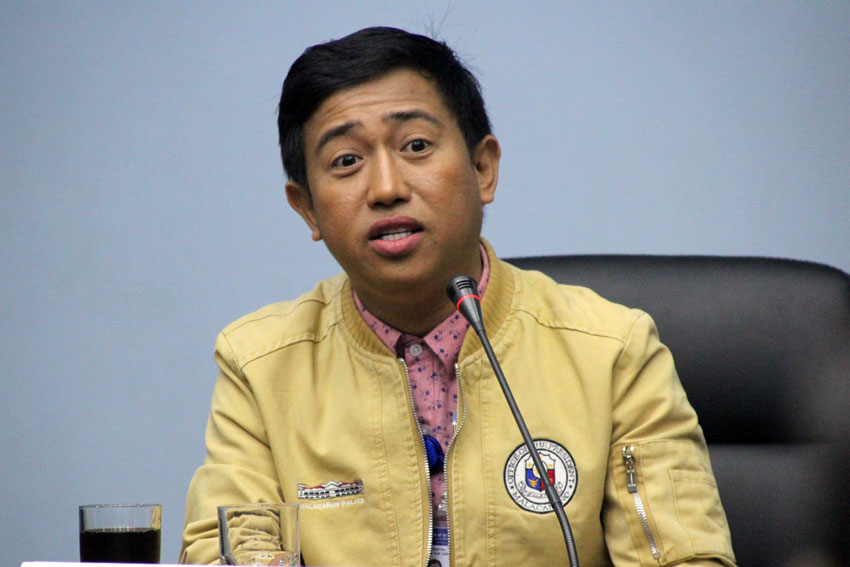 Presidential Commission for the Urban Poor Commissioner Norman Baloro during the I-Speak media forum on Thursday, July 25, urges informal settlers to register with PCUP for them to avail the Urban Poor Privilege Cards set to be launched in August. (Ken E. Cagula/davaotoday.com)

DAVAO CITY, Philippines — Urban Poor Privilege Cards, a Presidential Commission for the Urban Poor (PCUP) project, is set to be launched in August. The card, to be distributed among identified indigent individuals, will allow cardholders to avail of discounts on some basic goods and services.

Initially, around 1.8 million urban poor across the country are eyed to receive the privilege cards, according to PCUP Commissioner Norman Baloro.

In Mindanao, the agency will start distributing it to about 3,000 urban poor in Davao City and 1,500 in Panabo City.

The card may be used to avail of discounts in food, transportation, medicine, and other services.

“You don’t have to be 60 years old or PWD (Persons with Disability) to avail of this program. But currently it’s very limited to companies which have already signed a MOA (Memorandum of Agreement) with us (PCUP),” Baloro told reporters on Thursday.

He said that they are still working to expand the services to be covered by the Urban Poor Privilege Cards.

Baloro also explained that its privileges may not be used on top of other cards, such as senior citizen ID or PWD card; but it could be used by other family members.

Indigent individuals won’t have to pay for the urban poor privilege cards, for it will be distributed for free. PCUP is looking into a partnership with the Philippine Charity Sweepstakes Office (PCSO) and Philippine Amusement and Gaming Corporation (PAGCOR) for the production of the cards.

He clarified that only members of urban poor associations registered to PCUP will be given the privilege cards.

Baloro expressed hope that if significant impact will be seen with the implementation of the project, the urban poor privilege card will also be institutionalized like the Pantawid Pamilyang Pilipino Program (4Ps), where cash incentives are distributed to poor households.

Abdul Sissay, regional coordinator of Bayan Muna said on Thursday that the Urban Poor Privilege Cards only give paltry discounts, compared to the bigger expenses needed by many poor households with 5 up to 10 members.

Sissay said that the privilege cards may sound good, but in the long run, it falls short as a solution that would address poverty experienced by many Filipinos.

“Majority from the urban poor and workers remained to be contractual, receiving low income. Others even receive salaries below the minimum wage,” Sissay told Davao Today in a phone interview, adding that they are still expecting the prices of commodities and services to increase over the next years due to the TRAIN Law .

“For informal settlers, (the government) must provide them with free, and quality houses, as well as livelihood programs.” (davaotoday.com)