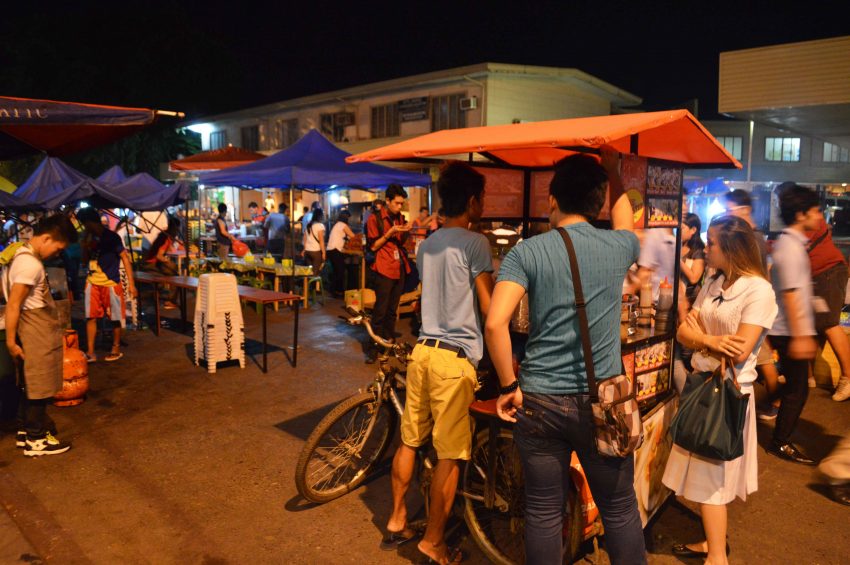 DAVAO CITY, Philippines – The city’s popular Roxas Night Market remains closed for the last 100-plus days in the coronavirus pandemic, as more than 500 of its vendors await for its re-opening possibly by end of this year.

Recently, Mayor Sara Duterte-Carpio announced over a radio interview that the city government will slowly ease in vendors in the food and ready-to-wear sections in the night market, but will implement strict protocols of physical distancing for vendors and customers.

There is still no definite date as to when this popular night spot will re-open, but Mayor Duterte said the date may be somewhere late this year. “Once we open Roxas Night Market, we will control the people entering the place for safety,” Mayor Duterte said.

One of the food stall owners named Marivic, 49, hopes the night market will open soon, as the spot has provided daily income for many vendors.

“Honestly it’s a big loss but I personally understand the need to suspend the Roxas Night Market for the benefit of everyone’s safety,” she said.

The popular night market caters to 116 food vendors, 130 vendors selling accessories and another 130 for ready-to-wear or popularly called ukay-ukay, and more than a hundred masseuse who occupy spots in three month shifts.

Marivic said the extended lockdown has made her worry about the state of her three workers who had to depend on relief goods from the local government during the two months of the quarantine.

“But of course, it is not enough because they have a family that eats three times a day and bills to pay. As their boss, I cannot give more because we are also enduring difficulties and I don’t have enough to support them,” she added. She used to pay 300 pesos daily to these workers for helping in her barbeque stall.

When the Davao City Government implemented a Tulong Panghanapbuhay sa Ating Displaced Workers (TUPAD) at the start of the quarantine in March, close to 500 food vendors and masseuse that worked in the Night Market availed of ten-day work programs.

Vendors and masseuse performed community work such as cleaning of public facilities, cleaning/de-clogging of canals and other community-based maintenance work, all of which provided them with a minimum pay of 396 pesos per day or a total of 4,356 pesos for ten days of service.

But this programs is still not enough for vendors who have families to feed.

“Although there is government help, this is still not enough for now especially that it is also limited. I hope we can go back to our business the soonest,” said Vandil, 21, who used to work as a helper in the ukay-ukay section.

Although he is still single, Vandil has to support his mother and his siblings. As an alternative, Vandil works part-time as a pedicab driver, while his mother sells fruits in front of their house.

Even as Mayor Duterte announced she is concerned for the plight of the vendors, most of them said they are worried if the quarantine is still extended until the end of the year.

“More and more vendors and workers will endure the daily challenges of being jobless,” said Marivic. (davaotoday.com)