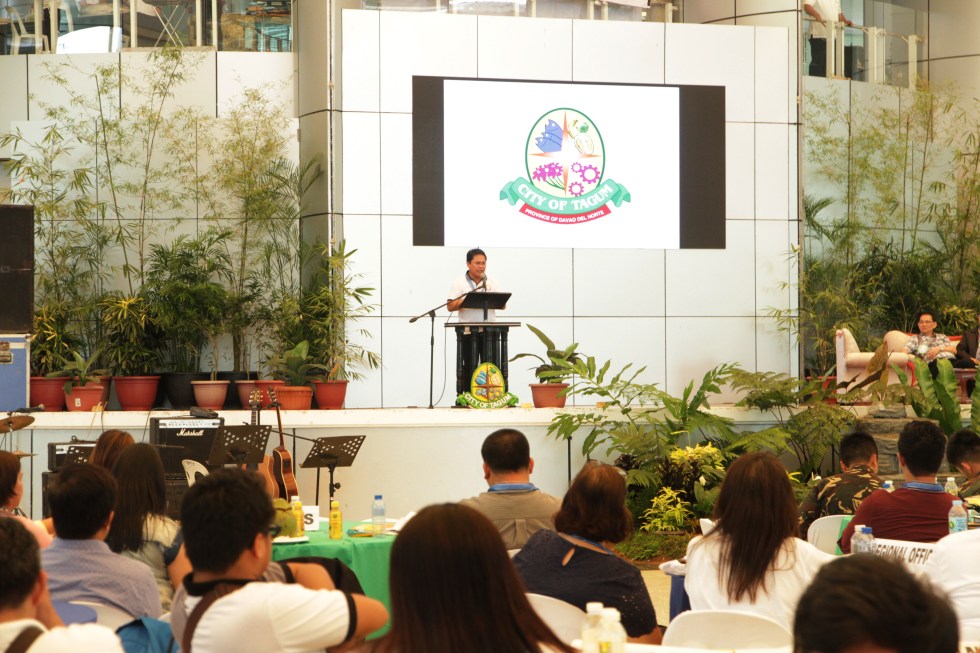 SUMMIT. Mayor Allan Rellon speaks before the participants of the first ever Tagum-Liboganon River Basin (TLRB) Summit last April 28, 2017 at the Atrium of the City Hall of Tagum. During the event, the local chief executive stressed that the cooperation of both the local government units and other primary stakeholders of TLRB towards implementing conservation and development strategies for the river basin is an immediate need. Leo Timogan/CIO Tagum

DAVAO CITY, Philippines—Tagum City, the capital of Davao del Norte province, is becoming a center for  MICE or meetings, investments, conferences and events. This ambition turned to reality after the city has successfully hosted national events recently.

Tagum City Mayor Allan Rellon said that series of national events transpired in Tagum is actually an “attainment” of its ambition to make the “Palm City” capital of the south a prime MICE destination, according to the City Information Office dispatch on Wednesday.

Rellon, a visionary leader, wants Tagum to be the next “hotspot” for investors, developers and other stakeholders to consider pouring their ventures into.

He also vowed to implement more programs and projects that will posit positive changes that will establish Tagum City as a highly recognized center of MICE.

Two national events were held in Tagum City such as 2ndNational Sportsfest and General Assembly of The Philippine Association of Court Employees (PACE) Incorporated held on May 1 at the Atrium of the City Hall of Tagum.

Also, the 1st National Assembly for Electric Consumers organized by the National Center of Electric Cooperatives Consumers (NCECCO)  was held in Tagum where 6,000 electric consumers from various parts in the country trooped to the New City Hall Atrium last April 26.

Meanwhile, the city government is preparing to host the upcoming 6th ASEAN Scout Jamboree slated on Nov. 27 to Dec.  this year to be participated by 10 countries from South East Asia and other nations in the Pacific.  (davaotoday.com)