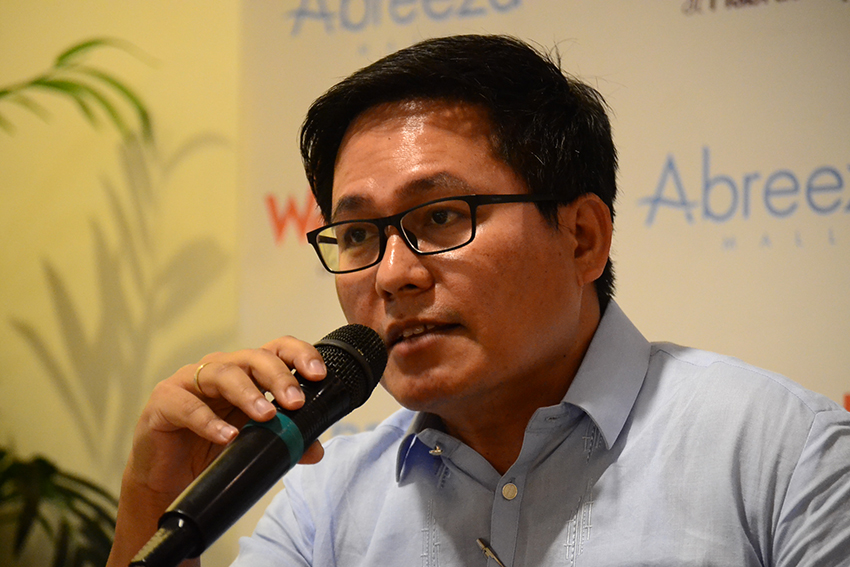 DAVAO CITY, Philippines – The Mindanao Development Authority (MinDA) is closely coordinating with implementing agencies to maximize infrastructure monitoring and advisory groups in ensuring that government projects in Mindanao are completed on time.

In line with President Rodrigo Duterte’s challenge concerning project slippages, MinDA Assistant Secretary Romeo Montenegro said that MinDa has been working with key agencies such as the Department of Public Works and Highways (DPWH) and Department of Transportation (DOTr), as early as the inception stage of these projects or the joint program and planning activity.

He said monitoring teams from MinDA and partnering agencies are being mobilized to make sure that interventions are taken when a gap is determined, particularly in right of way issues and peace and security concerns.

William Sumalinog, Senior Vice President for Sales at Holcim Philippines Inc. said that innovations in the construction and building industry should also be utilized to speed up infrastructure development in the region and in the country.

“We believe that Mindanao has been left (behind) in development. This is the right time to see that good projects in Mindanao are being supported by no less than multi-national companies to make sure that it will change the lives of the people in Mindanao,” Sumalinog added.

Leading cement-provider Holcim is currently in the process of expanding the production capacity of its Davao plant, a P1.5 billion project aimed to increase their production rate to 2.2 million metric tons by 2019.

Among the company’s product developments include innovations such as the Super Fast Crete (SFCrete), soil stabilization technology, Solido and Dura+ which are products aimed to provide solutions for operations on high traffic urban roads, constructions during rainy seasons and generally more durable and long-lasting cement.

The recent call for greater accountability in government project deadlines has been intensified as the administration’s Build! Build! Build! Program launched more than 60 major road and big-ticket infrastructure projects, 14 of which are in Mindanao.

Among the roster of plans is the Mindanao railway system, which was initially proposed as a P85-bilion two-track electric train system. Under the 2018 General Appropriation Act (GAA), the budget was reduced to P36 billion covering the cost of merely a one-way diesel-powered train.

However, as Montenegro confirmed, the National Economic and Development Authority (NEDA) is set to revert to the original two-track electric train system plan after several agencies asked for a reconsideration. (davaotoday.com)