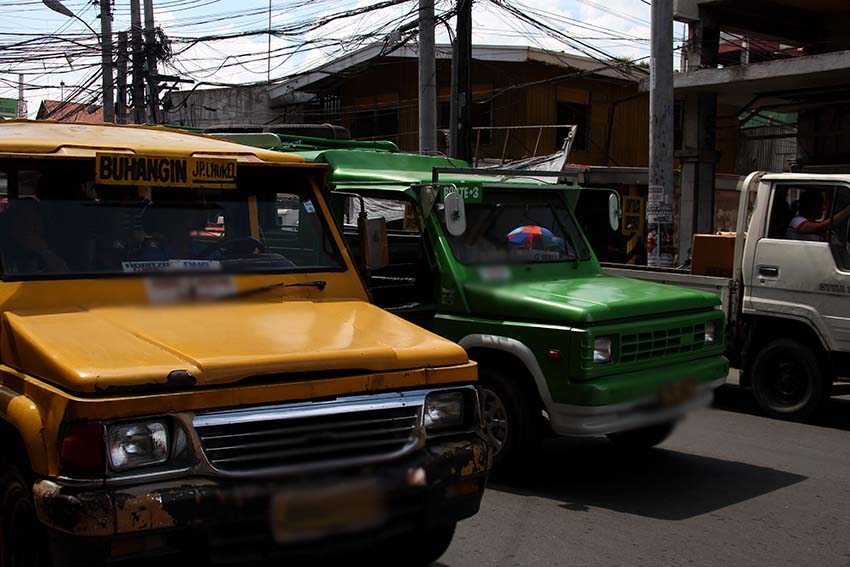 DAVAO CITY, Philippines – Only six public utility jeepneys (PUJs) out of the 80 PUJs that underwent emission passed, an official of the Environment Management Bureau on Friday, November 10 said.

In a press conference, Engr. Melvin Dapitanon of EMB Region 11 said 74 out of 80 PUJs powered by diesel fuel flunked the emission test conducted by monitoring agencies. Dapitanon said many of the PUJs ply Toril, Lasang, Mintal, and Calinan routes.

“Most of the diesel powered engine failed the initial standard set by the Clean Air Act. Only six diesel-fueled PUJs passed the random inspection,” Dapitanon said.

The random roadside inspection was conducted on Tuesday, November 7 by the EMB along with the City Environment and Natural Resources Office (CENRO) and Land Transportation Office (LTO). On the same day, the said agencies also conducted an emission test to about 30 vehicles of the city government, many of which also fell short on passing the standard provided in the Clean Air Act.

Dapitanon said the results indicate that “most vehicles were not properly maintained and regularly checked”.

Dapitanon said that it should serve as a warning to utility vehicle owners to keep their engines in good condition and have it checked regularly.

Japerneo Ylagan, head of the Air Quality Monitoring Unit of EMB 11 also explained that aside from the fuel, maintenance of car engines should also be highly considered since it greatly affects emission of carbon dioxide and other pollutants.

Based on the EMB mission inventory 2015, mobile sources contribute 70 percent of air pollutants and 21 percent of it come from utility vehicles.

Dapitanon said they will be conducting more roadside inspections to monitor and penalize violators. EMB and other agencies have also set a stakeholders’ forum on November 29 to further intensify campaign and educate people on emission standards and policies.(davaotoday.com)