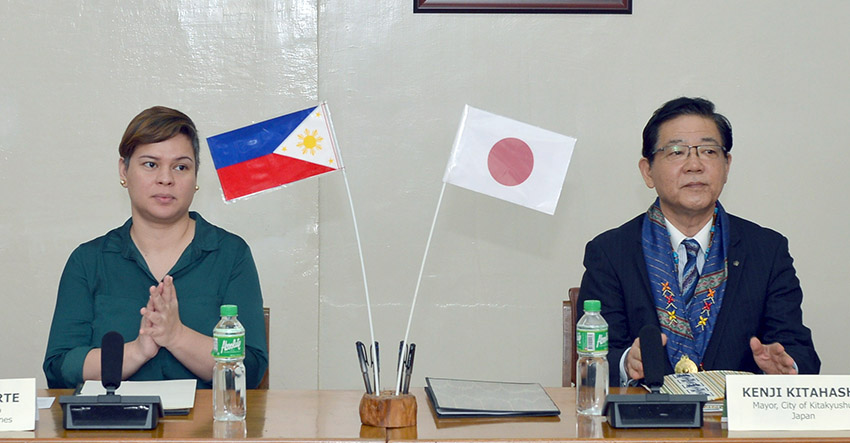 The Strategic Environmental Partnership Agreement was signed at the office of the city mayor after the city government officials from Kitakyushu City presented their proposal during the city council’s regular session.

“I heard that as social and economic development rapidly progressed in Davao, the amount of waste produced has grown each year,” Kenji Kitahashi, mayor of Kitakyushu, Japan said when he paid a courtesy visit Monday.

“On the other hand, existing waste disposal sites are strained, and relieving that strain has become a pressing issue,” Kitahashi added.

“The issue on solid management and handling, carbon emissions, and global warming are universal ones and are a shared concern among all cities, including our cities,” said Duterte. “A partnership such as this is not only beneficial and timely, but has become necessary and encouraged.”

“Davao City welcomes the exchange of knowledge, expertise, and technology as a city that is booming and developing, we welcome all the assistance we could get from our partners,” she said.

The partnership agreement would allow “Davao City to learn from experts and technical personnel of Kitakyushu City with the objective that the city will be able to come up with its own methods of effective waste management systems.” (davaotoday.com)